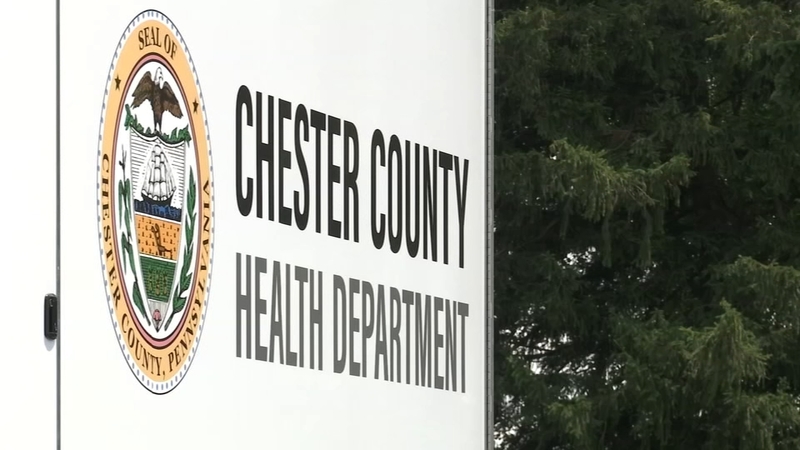 CDC investigating after adopted dog in Chester County gets rabies

WEST CHESTER, Pennsylvania (WPVI) -- The CDC is conducting a multi-state investigation after a dog brought to the United States from overseas contracted rabies.

That dog had been adopted by a family in Chester County, Pennsylvania. Health experts say cases like this are why it's so important to vaccinate your animals.

Vaccines are required for dogs to play at West Goshen dog park. Owners say this is the only way to feel safe.

"It's critical. I want her to be around as long as possible. She's part of the family," said Danny Reiner from Exton.

He's one of many pet owners there who said they had no idea there was a rabid dog in the county.

"I would like to know where the dog came from that caused that," said Michael Hart from West Goshen Township.

The CDC says an international rescue group had brought the dog to the U.S. from Azerbaijan.

It was with 33 other dogs and a cat on a plane that landed at Chicago O'Hare International Airport on June 10.

It was then adopted by a family in East Whiteland Township, but within days began behaving strangely.

"Sometimes it's a behavioral change, sometimes it's paralysis, oftentimes it's not the typical Cujo where they become aggressive and try to bite everything," said Dr. Rob Mowday, a veterinarian at West Chester Animal Emergency.

Dr. Mowday says the canine variant of rabies was eradicated in the US 30 years ago but it's still prevalent in other countries. It can be hard to detect at first because of a long incubation period.

"It can take up to six months from the time the dog is infected before they begin to show signs. So sometimes they may have even gotten vaccinated during that time period," he said.

According to the CDC, the dog was infected with rabies before it came to the US. The PA Department of Public Health says the dog had to be euthanized. At this point, 13 people are known to have been exposed.

Dr. Mowday says the best way to protect yourself and your pet is to stay up to date on shots.

"That is the most important thing. The vaccines are very effective and when you vaccinate your pet, you also protect yourself," he said.