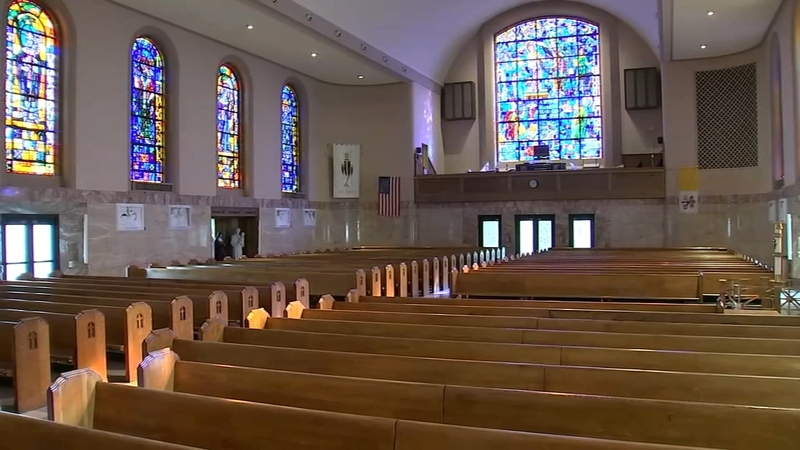 Officials say the male suspect was seen on video stealing from the donation box at Saint Denis Catholic Church around 1:45 p.m.

"Right away, your first reaction is, 'It's a church,'" said Chief John Viola of Haverford Township Police Department. "People are actually walking through church and stealing money that is designated for the poor."

Father Kevin Gallagher of Saint Denis Catholic Church said throughout the last several months, the suspect has successfully stolen their candles and taken from all of the church's donation boxes, destroying them in the process.

"Obviously, we believe in the truth, so justice has to be sought. But at the same rate, we obviously realize this young person, this young man has issues that we as a church are ready to help," said Gallagher.

Police said parish staff saw the crime unfolding on surveillance video in real-time. Staff members tried to stop the suspect, but he ran away across the street.

It is unclear how much money he got away with, but Gallagher said it couldn't have been much.

"The reality is, this is for the poor, so this gentleman was not exempt from that. He is someone who needed help. We always said if you seek it honestly, we will honestly help," added Gallagher.

Haverford Township police are investigating after a theft was caught on surveillance video in a church Thursday afternoon.

Officials say the suspect, whose identity remains unknown, has taken responsibility. He will undergo rehabilitation.

The police are aware and are not charging the suspect at the present time.

As a result of the thefts, the church has taken security measures like limiting which doors stay open to the public.