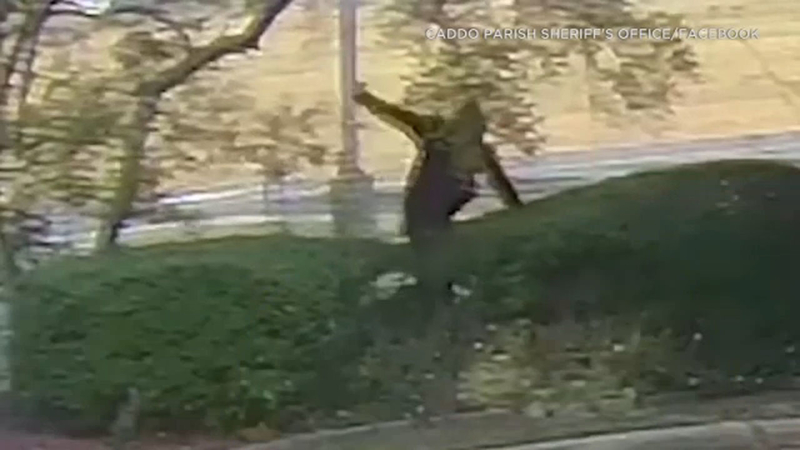 SHREVEPORT, La. -- A bank robber received a lot of attention following a clumsy escape from his heist in Louisiana.

The local sheriff's office shared surveillance footage of the criminal getting away after he allegedly robbed a credit union in Shreveport - but not before tripping multiple times along the way.

The man was shown falling three times before he reached his getaway car and took off.

Some locals who watched the footage were in disbelief that the alleged robber got away.

"He's a lucky man because all you got to do is fall once. At least that's the way it is in the movies," said one resident.