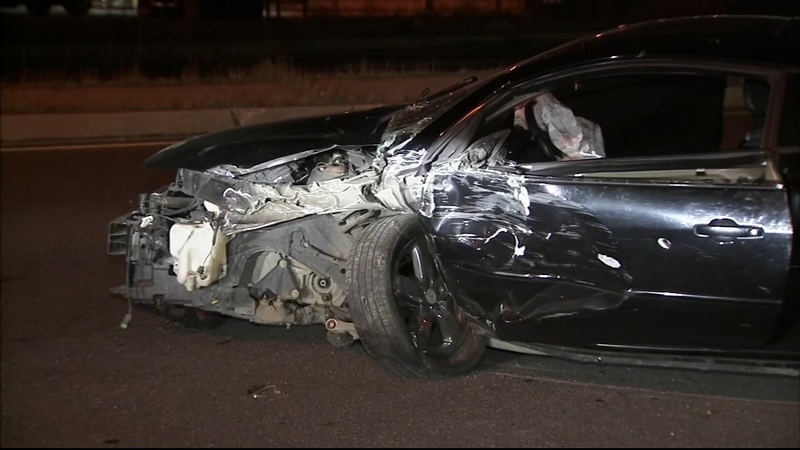 PHILADELPHIA (WPVI) -- Police are investigating an early morning shooting and a crash in South Philadelphia.

Officers responded to the reports of gunfire around 3:45 a.m. Tuesday on South Columbus Boulevard at Oregon Avenue.

Once on the scene, they found a smashed vehicle that had been struck by gunfire multiple times.

Action Cam video showed a black sedan with a smashed front and bullet holes on the side.

There were no occupants in the vehicle when police arrived.