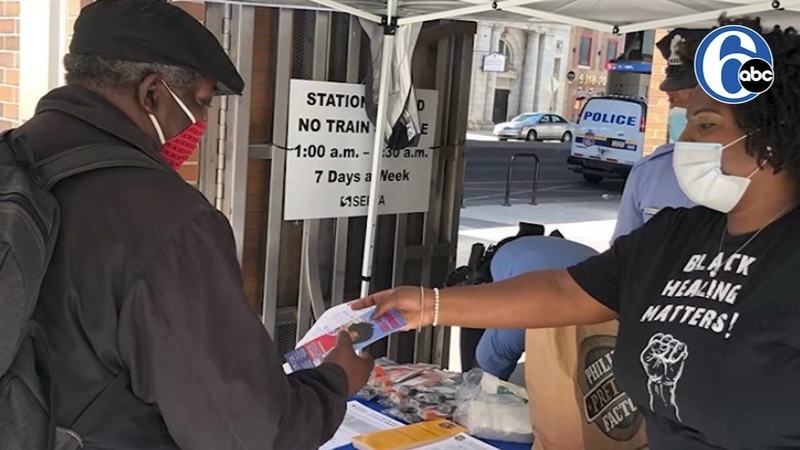 PHILADELPHIA (WPVI) -- While gun violence continues to grow, leaving a heavy impact on the city, community leaders are fed up and say, enough is enough.

As emergency hearings were recently held surrounding this issue, local leaders met at the corner of 60th and Market Streets, to express their concerns.

This was ahead of their virtual meeting held Thursday afternoon, which was open to the public to address gun violence.

"We're beyond the time for thoughts and prayers, our city has to consider this an emergency," said Councilmember Jamie R. Gauthier, 3rd District. "And we have to act like it's an emergency."

According to the city's recent gun violence stats: more than 1,100 people have been shot in 2020. With at least 102 children as victims.

Philadelphia Police Inspector Derrick Wood says while people who are caught breaking the law will be addressed, there are other matters that also impact these communities.

"Let me be clear, there's a lot of people in the community that do care, that do step up, speak up and do the right thing, said Wood. "But we need more people to do that."

Wood says it can't just be the community members in the sense of residents that steps up when addressing this issue.

"It has to be business owners, elected officials, police, have to step up collaboratively to help reduce crime," said Wood. "It's not just a law enforcement centered response, it has to be everybody."

Wood says poverty is another major issue that causes some of the effects impacting these Philadelphia neighborhoods.

"This is the poorest big city in America, so a lot of these problems are direct results of poverty," added Wood.

State Representative Joanna McClinton, 191st Legislative District says she and her colleagues are working hard to bring the resources needed to help these communities.

"We're working hard in Harrisburg to make sure that the school district curriculum is amended to include conflict resolution," said McClinton. "That's a bill that I'm currently working on. We're also getting more resources for the group violence intervention program."