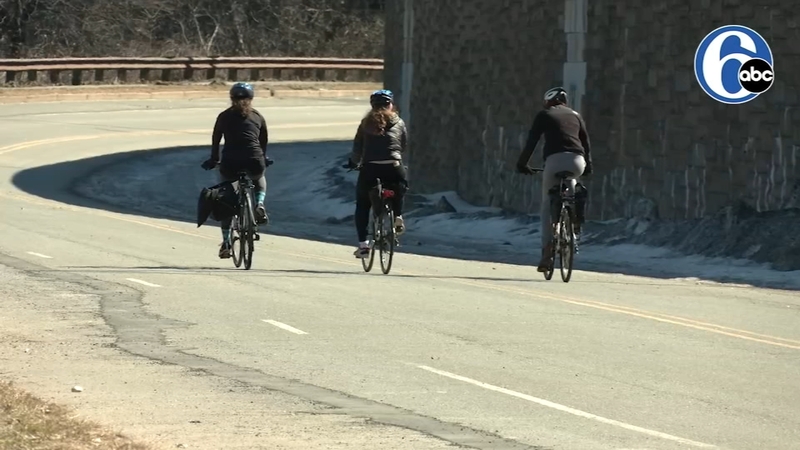 For almost a year, the roadway along the Schuylkill River has been closed to cars allowing bicyclists a safe space to roam freely as opposed to the inner-city where traffic accidents involving pedestrians have occurred frequently.

"Last year, when the economy shut down in response to the pandemic, a lot of people still wanted to be outside," said Randy LoBasso, policy director for the Bicycle Coalition of Greater Philadelphia. "As far as recreational space in the city goes, there just aren't many big spaces that can accommodate a lot of people in Philadelphia."

In March of 2020, the City of Philadelphia agreed with BCGP to allow MLK Drive to be a safe place for bicyclist and other recreational activities amid the pandemic.

But concerns have grown for MLK Drive to remain a safe location for pedestrians permanently as hit-and-runs have risen in Philadelphia.

"It's not as well used as I-76 and Kelly Drive. Martin Luther King Jr. Drive has become the most used trail in the entire state of Pennsylvania," said LoBasso. "Going from being not almost used at all."

The Bicycle Coalition of Greater Philadelphia is leading a petition to gain 5,000 signatures to get the attention of Mayor Jim Kenney to "Reimagine MLK Drive as a Street for People!"

The petition has already gained more than 50% of supporters who want to see this area remain a location of recreation and an alternative commute and travel option for residents.

A city spokesperson with The Office of Transportation, Infrastructure, and Sustainability released a statement that reads:
"Martin Luther King Drive will continue to remain closed to vehicles until further notice to allow the City to conduct a resurfacing project in conjunction with PennDOT and upgrades to the accompanying MLK Trail. The City is currently reviewing the Bicycle Coalition's proposal and the needs of all road users for the long-term future of MLK Drive."


LoBasso adds that BCGP saw a 1300% increase at MLK Drive, which in his opinion is because the road is available for pedestrians.

While LoBasso also understands the chance the city may return MLK Drive to a high-speed corridor aside the neighboring I-76 highway, he ultimately wants to create the conversation that can lead to solutions for all.

"Commuting has changed, and it's going to continue to change. Post-COVID, we don't know what that's going to look like with people working from home," he added. "We also don't know what we're going to do with all of the new people who are using the trail now."