GLASGOW, Del. -- "It's not a protest. It's more of a prayer to unite," said Noel Moret, who organized an event to bring together community members, churchgoers, police and other frontline workers.

It was high on a hill in Glasgow Park where pastors and musicians used their voices to inspire individuals from all walks of life.

"It's symbolic in that we know that God resides on high," said Jorge Diaz, who leads Freedom Church of God alongside his wife, Omaira.

They joined dozens of people in marching up a large hill that provides a look-out towards Glasgow Park and Route 40.

Many carried posters, chairs, or an American flag to the peak. But it was their shared heavy hearts, influenced by recent tragedies, that truly mirrored Jesus' own march with a cross at Calvary.

Informed by their faith, participants purveyed a vision of unity among all races and religions. Though disturbed by recent events, they shared positive messages about the potential for positivity and change in their community.

Alongside impassioned speeches and inspiring music, organizers offered a special prayer to those who fight on the frontline during the COVID-19 pandemic. They especially thanked police officers who continue to protect and serve in response to nationwide protests.

It was an opportunity for officers to meet individuals in the community on positive terms.

"As long as we continually do it, and this is not just a one-time thing, I see a great change coming," said Moret. 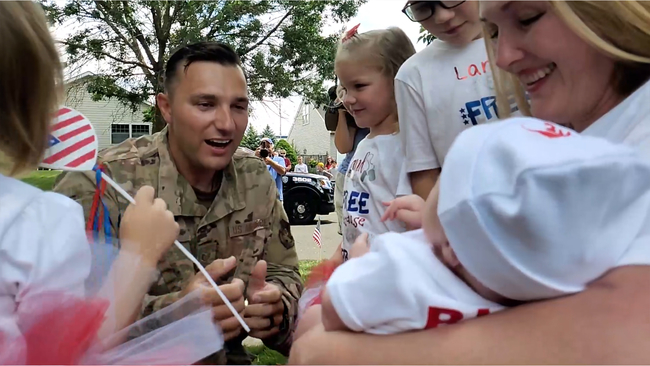