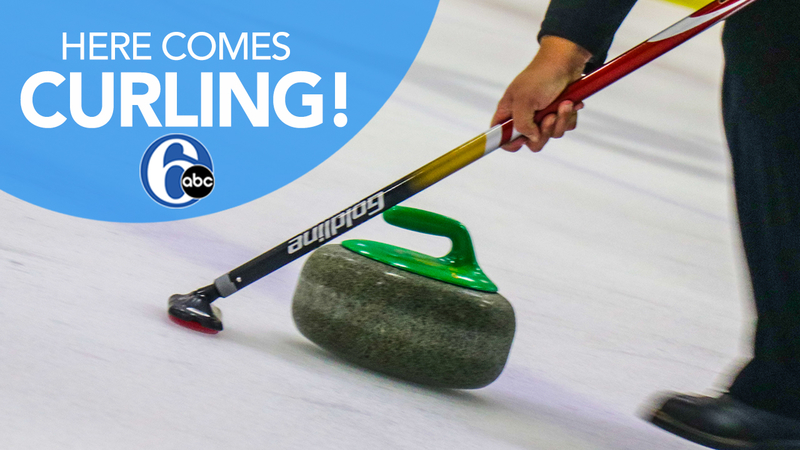 PENNSAUKEN, N.J. -- Locals are proving how the sport of curling reaches beyond the Olympic games.

They're part of the Jersey Pinelands Curling Club, which will now meet twice a week at Virtua Health Flyers Skate Zone in Pennsauken, NJ. The sessions are every Saturday and Monday night starting in mid-September and running through June.

To celebrate the sport and its new home, 2018 U.S. Olympic Gold Medalist Tyler George threw the ceremonial first "rock" onto the ice. He shared his excitement with us for the future of a sport that he grew up playing as a young boy in Minnesota.

The sport involves teams taking turns sliding 45-pound granite stones down the playing field. During its trajectory, players can "sweep" the ice to help reach the target.

The night would not be complete without a little "Broomstacking," named for a literal stacking of the brooms after the game during which both teams drink and socialize. Pinelands club members say it is poor etiquette to simply leave after a game is finished.