COVID updates: Here's how to tell if a pop-up testing site is real in Philadelphia

The Philadelphia Health Department is working to develop an approval process for testing operations in the city.
WPVI
By Katie Katro 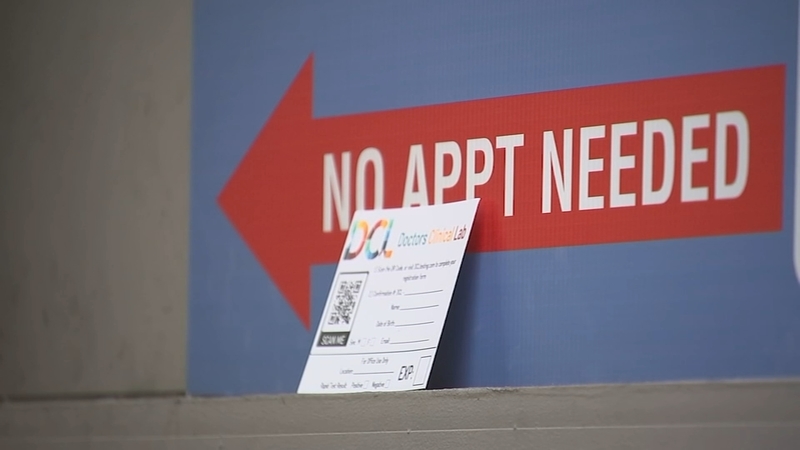 PHILADELPHIA (WPVI) -- While there has been a recent rush for COVID-19 tests, especially for those 15-minute rapid tests throughout the tri-state area, many have been waiting in long lines at pop-up testing sites.

That raises the question: what personal information is appropriate for you to have to give them?

James Garrow, a Philadelphia Department of Public Health spokesperson, said COVID testing sites may ask for your insurance but should not charge you for testing.

Garrow said COVID testing sites should not ask for your social security number. Some sites may ask for identification or a driver's license to facilitate getting your information into the lab request.

Garrow added that the city visited pop-up test sites last week that claimed to be funded by FEMA. Garrow said FEMA has confirmed that they are not funding any testing sites in Philadelphia at this time.

Matt Howdershell of Fishtown told Action News he is worried after he went to a small pop-up testing site at 13th and Chestnut streets for a free COVID test last week. He said his driver's license was taken by a company called Lab Elite. He said they claimed to be associated with FEMA.

City officials say the testing tent staffers claimed to be funded by FEMA, but said they confirmed over the weekend that was not true.

"It just feels really awful and especially when we're in a health crisis like this, that's the last thing you want to have happen to you," said Howdershell.

According to Zishan Alvi, the president of Lab Elite, two Philadelphia pop-up tents were shut down recently after a subcontractor at the sites allegedly claimed to be a FEMA affiliate.

"Saying that Lab Elite was hired by FEMA to do the testing over there, that information is incorrect," said Alvi.

Garrow told Action News that the city can't vouch for individuals running pop-up testing sites it does not organize.

The Philadelphia Health Department is working to develop an approval process for testing operations in the city. This would be the first program like this in the state.

Garrow said there are some things you can do to check the legitimacy of testing sites: