Police said there were 11 employees and around five customers inside at the time. Two employees were injured.
WPVI
By Katie Katro and 6abc Digital Staff 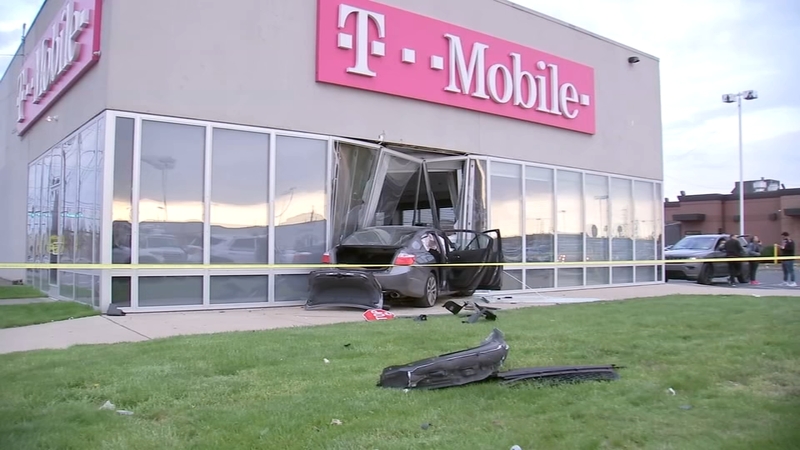 The incident happened around 5:30 p.m. on the 700 block of East Hunting Park Avenue.

Police said there were 11 employees and around five customers inside at the time. Two employees were injured.

"One who was close to the storefront was injured when glass shattered and cut his face. And additionally counters that were up against the storefront were pushed into that employee," said Inspector D.F. Pace with Philadelphia Police Department. "Another employee suffered more serious lacerations to the face from glass that had shattered."

Police said the driver was a 16-year-old boy.

Investigators say this all started Friday when the car was stolen on the 1200 block of East Hunting Park Avenue around 5 p.m.

Police say the owner of the car left the keys inside the vehicle.

Saturday, the owner spotted it on the road with a fake Texas temporary tag on East Hunting Park Avenue.

He notified police in the area, who immediately turned their car lights on.

"But it was too late. The vehicle took off at a high rate of speed, and the officers were never able to engage that vehicle," said Pace.

The car even knocked over a stop sign crashing into the front of the store.

Police were able to apprehend the two other teens.

"It is extremely fortunate that more people were not seriously injured or killed given the way that that car impacted the store. Had individuals been looking at some phones close to that storefront, they would have been seriously injured or possibly killed," added Pace.

Police say the teens could be facing aggravated assault charges in addition to theft of auto and other charges.

They add this serves as a reminder for the public to take their keys out of their car.