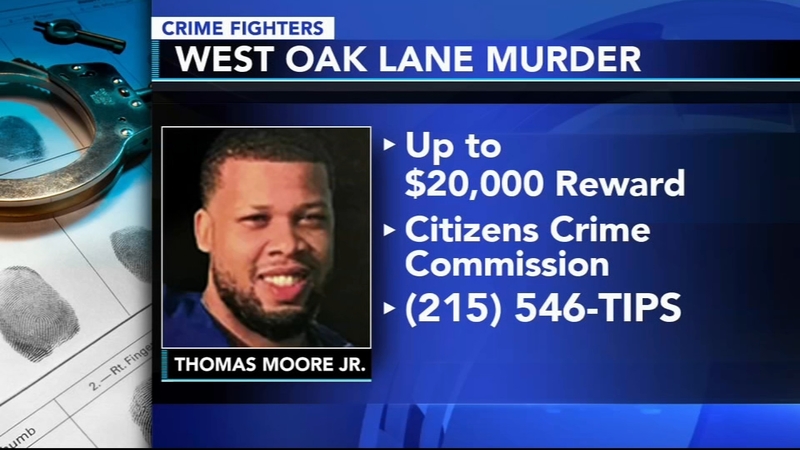 PHILADELPHIA (WPVI) -- A grieving father is trying to figure out how a trip to the gym and then breakfast turned fatal for his son.

"He had goals of going overseas to play basketball. That was his hobby that you know what he was good at," he said.

Basketball was what he was doing on Friday, December 11.

"On December 11, he and a teammate had just left the gym. He left his car at Meineke to get an oil change," he said.

Moore Sr. says after the pair went to breakfast, they were headed to Moore's house just after 2 p.m. in the city's West Oak Lane section.

"When they got to the light that was broken at Middleton and Limekiln Pike, two cars pulled up, jumped out, just began to open fire on him," Moore Sr. said.

28-year-old Moore Jr. was killed. Moore Sr. says the man he was with is cooperating with the police.

"According to the detectives, he's given the same like his story isn't conflicting at all," he said.

Police have released surveillance video of two vehicles they are trying to track down in connection to the shooting. They said a Silver Toyota 4-Runner and a White Subaru Outback followed the victim's car.