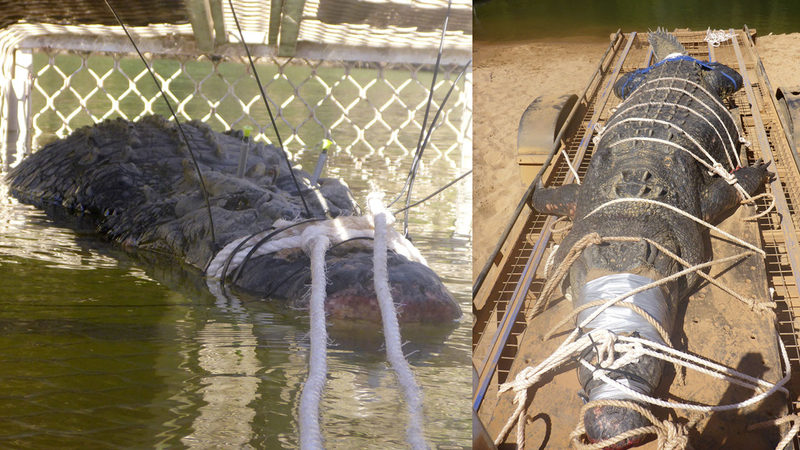 CANBERRA, Australia -- Officials in Australia have captured a "saltie" reptile that is the largest of its kind ever captured in the area.

The saltwater crocodile is estimated to weigh more than 600 kilograms (1,300 pounds) and to measure out at 4.7 meters (15 feet), according to ABC News.

The massive creature was found just 19 miles from Katherine Gorge, a popular tourist destination. At the gorge there are freshwater crocodiles, which are smaller and rarely harm humans. However when saltwater crocodiles are found near the gorge, they are captured.

Authorities have been trying to catch this particular croc for about a decade.

"On record, this is the biggest saltwater crocodile removed from the Katherine management zone," Ranger John Burke said. "We've called it a lot of things over the years because it's been so hard to catch."

Though it's record-breaking for the area, elsewhere in the wild, saltwater crocodiles can be much larger.

Saltwater crocodiles have seen a population boom since becoming a protected species by federal law in 1971, Northern Territory-based crocodile expert Grahame Webb said. This has sent them farther upstream into freshwater areas.

Webb said that areas where saltwater crocodiles are the most sparse can be the most dangerous.

"That sort of croc, in my opinion, is the most dangerous to people," Webb said. "In areas where they're at best low densities, someone won't have seen one for a long, long time and they think they're safe and they're not necessarily safe."