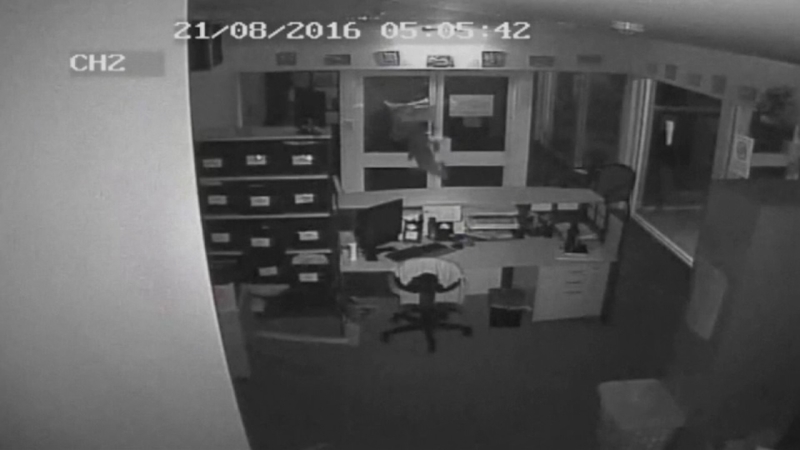 Security footage released by Northern Territory Police show the four suspects, whose heads were covered, forcing a hole through the window of the office at the Taminmin College in the town of Humpty Doo.

They then pushed the three crocodiles in, entered the office, ransacked it and left, Northern Territory Police Senior Constable David Gregory told reporters in Darwin.

The three female crocodiles' mouths were taped up and were undernourished when they were rescued by rangers, Gregory said.

It's not yet known where the crocodiles, that measure up 6.5 feet long, came from.