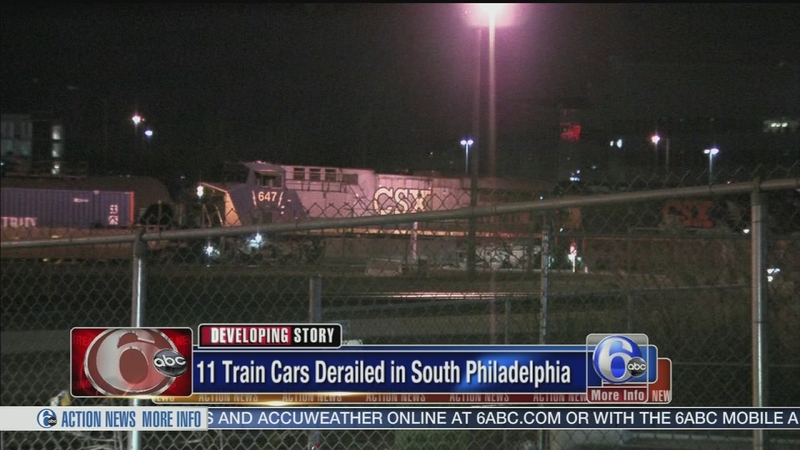 The derailment happened after 3:00 a.m. near South 11th Street just south of Interstate-95.

The cars were carrying crude oil.

After it was determined, there were no ruptured cars, crews turned the incident over to CSX.

CSX officials brought in cranes to upright the cars.