WTVD
FREDERICK, Colo. -- After his pregnant wife and two daughters disappeared, Christopher Watts stood on his porch in Colorado and lamented to reporters how much he missed them.

He longed for the simple things, he said, like telling his girls to eat their dinner and gazing at them as they curled up to watch cartoons.

"Last night, I had every light in the house on. I was hoping that I would just get ran over by the kids running in the door, just barrel-rushing me, but it didn't happen," he told Denver TV station KMGH.

On Thursday, Watts was in jail after being arrested on suspicion of killing his family, probably before he spoke those words. Authorities did not offer a motive.


The body of 34-year-old Shanann Watts was found on property owned by Anadarko Petroleum, one of the state's largest oil and gas drillers, where Christopher Watts worked, police said. Investigators found what they believe are the bodies of 4-year-old Bella and 3-year-old Celeste nearby on Thursday afternoon.

On Thursday evening, several high-ranking sources told Denver7's Jennifer Kovaleski that the bodies of the two young girls were found inside oil and gas tanks that "were mostly full." The high ranking sources told Kovaleski they believe Watts placed the bodies of Bella and Celeste in the oil and gas tanks in order to conceal the smell from passersby.

Christopher Watts, 33, was arrested in connection to the deaths of his wife Shanann, who was 15 weeks pregnant, and their daughters, Celeste and Bella. He was taken into custody Wednesday in Frederick, Colorado, a town 28 miles north of Denver.

His pay stubs show he was working for Anadarko in 2015.

Shanann and the two young girls were reported missing Monday.

"You know this is a senseless-type thing," Beach said. "I have chickens in the back, (the daughters) came over, played with the chickens and the mom and dad are very good people. Everybody in the neighborhood knows them.

"Knowing her, and knowing the type of person she is, or I should say she was ... I'm surprised that this happened," Beach added. "And I really hate it."

Chris Watts spoke previously with Denver TV outlets about missing his family and his hopes for their safe return. He said his wife returned home about 2 a.m. Monday after a flight for a work trip was delayed.

He said the two had an "emotional conversation" before he left for work a few hours later and that he became concerned after she did not return his calls or texts or that of her friends. He said he came home to an empty house after a friend knocked on the door at noon and got no answer.

He told KMGH-TV about how traumatic it was to spend the night in the family's unusually quiet home and missing telling his daughters to eat their dinner and turning on their bedroom monitors.

"Last night I had every light in the house on. I was hoping that I would just get ran over by the kids running in the door, just barrel-rushing me, but it didn't happen," he said.

She posted a photo on June 19 of some texts with her husband after sending him a sonogram. He replied that he loved the baby already. She posted: "I love Chris! He's the best dad us girls could ask for."

Shanann moved to Colorado from North Carolina with her husband in 2012, according to property records and her social media accounts.

She had been in a hurry to sell a house in Belmont, west of Charlotte, and left behind the furniture as part of the sale, said the man who bought it, Byron Falls.

He has not yet been formally charged and is set to return to court on Tuesday. 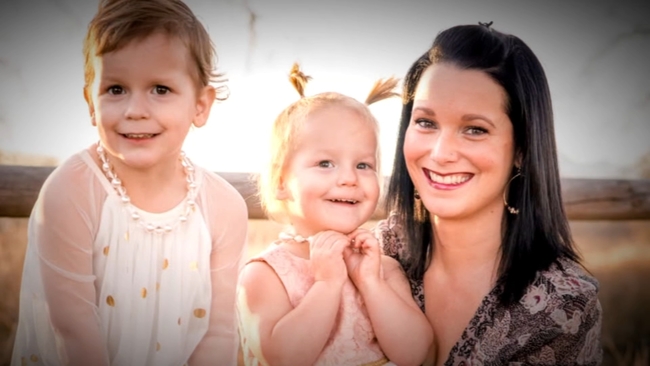 Timeline: All we know about the Watts family and the killings
U.S. & WORLD