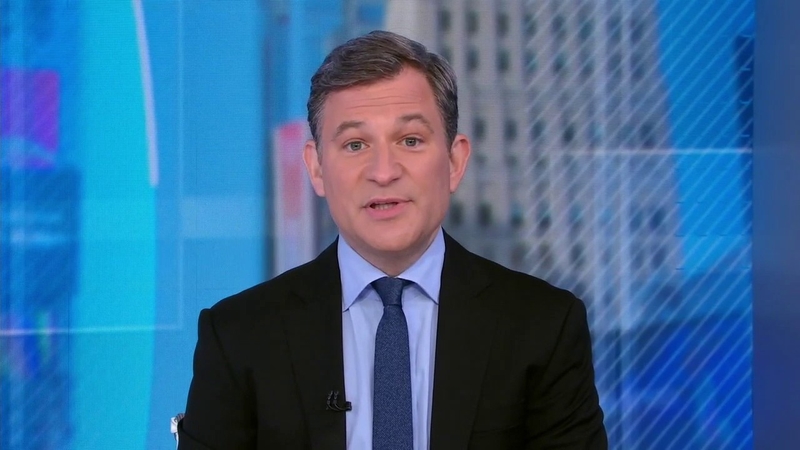 The former "Nightline" co-anchor said he made the "difficult decision" so he can focus on "Ten Percent Happier," a meditation-focused movement he started after having a panic attack on-air.

"Even though I'm a public proponent of work-life balance, if I'm honest, I've struggled to follow my own advice. So I recently asked ABC News management to let me out of my contract early," Harris said.

Harris joined ABC News in March 2000 and has reported on some of the biggest stories in recent years, including the war in Afghanistan, the mass shooting in Newtown, Connecticut, and Hurricane Katrina in New Orleans.

He received an Edward R. Murrow Award for his reporting on a young Iraqi man who received the help he needed in order to move to America, and in 2009 won an Emmy Award for his "Nightline" report, "How to Buy a Child in Ten Hours."

Along with his "GMA" anchoring position, which he has held since 2010, he has filed reports for "World News Tonight," "GMA," ABC News Digital and ABC News Radio.

"This is very hard for me," he said Sunday on "GMA." "I love ABC News ... I became an adult here, although some of my co-hosts may dispute that."

His 2014 book "10% Happier: How I Tamed the Voice in My Head, Reduced Stress Without Losing My Edge, and Found Self-Help That Really Works -- a True Story," appeared number one on the New York Times Bestseller List.
Report a correction or typo
Related topics:
societyabc newsnightlinegood morning america
Copyright © 2021 WPVI-TV. All Rights Reserved.
TOP STORIES
1st case of omicron COVID variant identified in US
Police search for 17-year-old wanted for murder of Temple student
$20K worth of items stolen from Ulta Beauty store in 40 seconds
4th student dies in Michigan high school shooting
Alec Baldwin speaks out on 'Rust' shooting in exclusive ABC interview
Wife of famed music exec is killed in Beverly Hills home invasion
'Home Alone' house listed on Airbnb for 1-night stay
Show More
Toys "R" Us is back! New store to open in New Jersey
Sister of man killed on Thanksgiving: 'We thought it was a balloon'
Local man could ring in 2022 $1M richer
Rare, monstrous-looking fish washes up on California beach
Families turn down Travis Scott's offer to pay for funerals
More TOP STORIES News