When James Amabile went missing on December 4, 2003, he went to pick up two children from the babysitter and never showed up.
WPVI
By 6abc Digital Staff 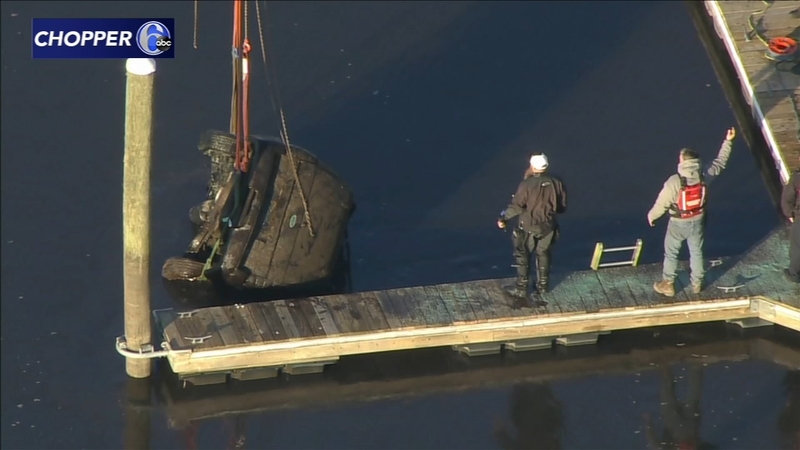 RIDLEY TWP., Pennsylvania (WPVI) -- The remains found by divers at the bottom of Darby Creek have been positively identified as James Amabile, a man missing since 2003, according to the medical examiner's office.

Ridley Township police said the divers, who are volunteers with Adventures With Purpose, had been contacted by Amabile's family, who hoped to help provide closure as to what happened to their loved one.

Chopper 6 was overhead after an SUV was removed from Darby Creek on Monday, March 28. Human remains were found in the vehicle earlier in the month.

"When the man went missing on December 4, 2003, he went to pick up two children from the babysitter and never showed up at the babysitter's house," said Captain James Dougherty of the Ridley Township Police Department during an interview earlier this month.

The divers called police after making the grisly discovery on March 19.

On Tuesday, officials with the medical examiner's office said they were able to identify Amabile through dental records.

Adventures With Purpose says it specializes in cold cases where vehicles are involved. It uses sonar technology to track them underwater.