White students are almost three times as likely to enroll in AP classes as Black and Latino students in the tri-state metro area.

BySarah Bloomquist and Maia Rosenfeld via

Action News talks to education and health experts to help prepare you and your kids for the start of the 2021 school year.

PHILADELPHIA (WPVI) -- Across the Philadelphia-Camden-Wilmington metro area, white students are almost three times as likely to enroll in Advanced Placement classes as their Black and Latino classmates, according to a 6abc analysis of school-reported data.

"Colleges favor students who have AP courses," said Lorena Germán, Director of Pedagogy for EduColor, a national organization advocating for educational equity. "You can actually get college course credit for AP courses. So immediately, we're creating different tiers of students."

Germán added that students in AP classes have access to teachers with more training and materials, putting them further ahead of their peers and compounding existing inequities.

Select a school below to see its AP enrollment among students of different races.

While most schools in the tri-state metro area do offer AP classes or other advanced options, such as International Baccalaureate and dual enrollment, the few that do not overwhelmingly serve nonwhite students. And even when advanced classes are offered, not all students may have access to them.

In majority nonwhite schools, Germán said students are often placed in advanced classes as a reward for good behavior. She added that this is not the case in most predominantly white schools, where students are able to select their own enrollment.

Experts say when schools allow teachers to be the "gatekeepers" of advanced courses, culturally biased assessments and assumptions about "giftedness" can create barriers to opportunity for students who are seen as less capable -- often disproportionately students of color.

"I believe that our kids can be very successful," Bennett said. "But if they've been told for a long time that they cannot be, that's going to have a huge impact. If they don't have opportunities because these courses don't exist, that's a problem as well."

Bennett recalled her own experience as a student in the Philadelphia area: "I remember being told I wasn't AP material, and I remember how I felt. And it impacts that student throughout their educational career, no matter how high they go."

Schools often divide students into different academic tracks as early as first and second grade, according to Dr. Eddie Fergus, Associate Professor of Urban Education and Policy at Temple University. He said if students aren't placed on the advanced "conveyor belt" at a young age, they are unlikely to make it into advanced classes when they're older. In some schools, this placement is based on tests that only certain students -- selected by their teachers -- are allowed to take.

Fergus noted that teachers' judgements of students of different races may be more biased among teachers who live in mostly white neighborhoods and have limited contact with racial and ethnic minority populations.

"You see this cultural gulf that exists within particularly predominantly white school systems," Fergus said, adding that teachers in these districts may not have enough "cross-cultural tools" to help them understand and support students of different backgrounds.

In the areas surrounding Philadelphia, many suburban schools that were created to teach majority white student bodies are unprepared to serve increasingly diverse communities, said Dr. Robert Jarvis, Director of Penn's Coalition for Educational Equity. Jarvis works with school districts across the region to improve equity in their classrooms through greater inclusion, access and opportunity.

"What we're doing is really asking districts to take a hard, reflective look at their system, and look at again, why it works well for some kids, not so well for others, and to really address these very, very predictable patterns of achievement and attainment, primarily defined by race and poverty," Jarvis said.

Lower Merion School District, which serves a predominantly white student body, is one of the founding members of Jarvis' Delaware Valley Consortium for Equity and Excellence. Assistant Superintendent Dr. Alexis McGloin said the district has been working to close gaps in achievement for decades.

"It's talking to individual students to make sure that they know that we're going to support them in their efforts in the classroom," McGloin said. "We offer tutoring after school for our students, we do have affinity groups, we do summer programming as well."

Lower Merion starts this work early, leveraging relationships with elementary and middle schoolers to build their confidence and prepare them to take higher level classes in the future. Still, the district sees disparities on par with the metro average: White students at its high schools are about three times as likely as Black students to enroll in AP classes.

"Closing the achievement gap is always going to be something that we need to work on," McGloin said.

Camden City School District serves a student body that is half Black and half Latino, with all students qualifying for free and reduced lunch. Four of the district's five high schools offer AP courses, and next month, a merging of schools will expand AP access to all students in the district.

"We have been consistently working and continuously working to ensure that our students in Camden City are afforded with every opportunity for higher level and Advanced Placement courses," said Superintendent Katrina McCombs. "We have made some traction, but we do know that we must continue to work in this area."

McCombs explained that guidance counselors in her district expose students to advanced options and provide them the support they need to enroll and succeed in these classes.

"Our students should not have to earn the right to be in an AP course," she said. "There should not be any reason that they're not being primed for those types of courses, if they're interested."

Some educators and experts say the goal should be not to increase enrollment in AP classes, but instead to increase access to rigorous content that accommodates a range of learning styles. Simon Hauger, Co-Founder of The Workshop School in Philadelphia, said AP and IB classes are not a "cure-all" for educational inequities.

"AP and IB are great when you have a whole bunch of other things in place," Hauger said. "Just offering those two doesn't fundamentally make people address the underlying issues."

Hauger founded The Workshop School to offer experiential, project-based learning for students to develop their passions and talents outside of a traditional format. It serves a predominantly Black student body -- which is rare among schools with alternative learning models, Hauger noted.

"When you look at progressive education, it's usually high-end, private schools that offer that," he said.

The Workshop School doesn't offer AP or IB classes, but it does have a dual enrollment program that allows students to earn college credit and exposes them to the college environment.

Jarvis agreed, adding that schools need to reexamine the purpose of education and broaden understandings of success in order to increase equity. According to Germán, if schools were able to meet all students' needs and create curriculum that "pulls the best out of them," there would be no need for AP classes.

"You do this work because your students matter, no matter who comes into your door," Bennett said. "They're gifted in different ways and require different things and resources. So what are we going to do to make sure that they are going to be successful, based upon their idea of success?" 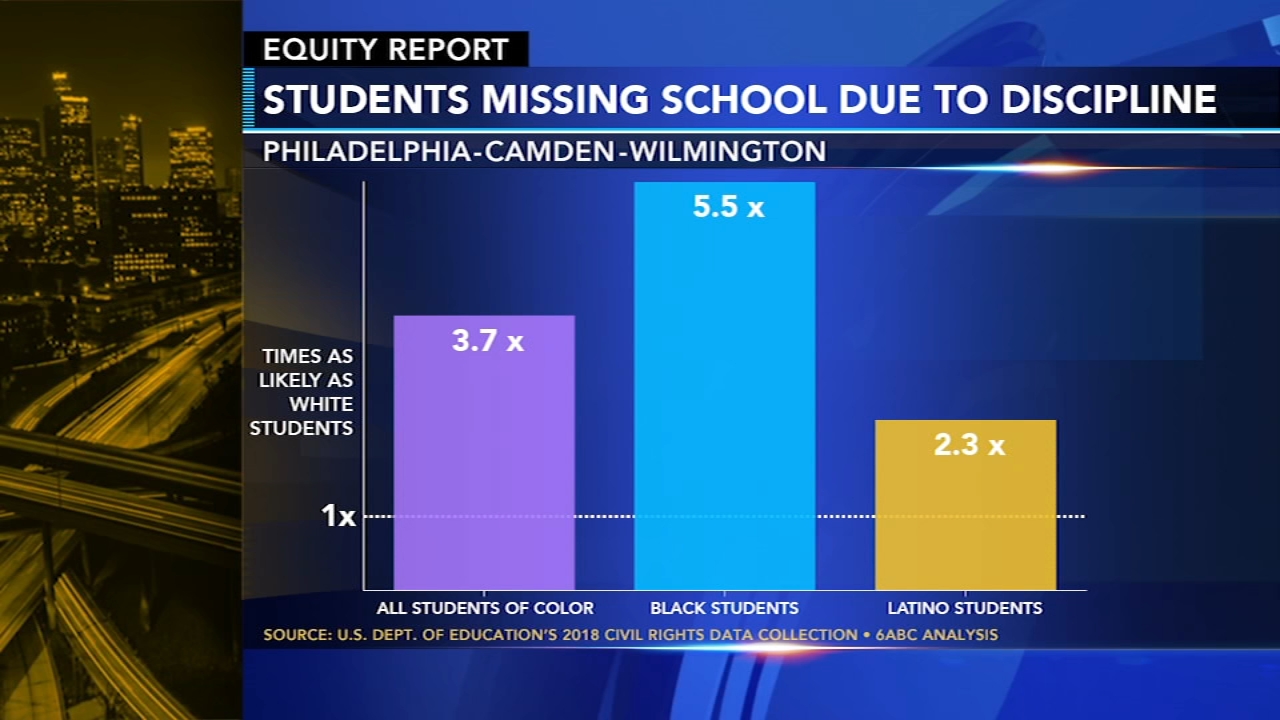 More reporting and resources about education