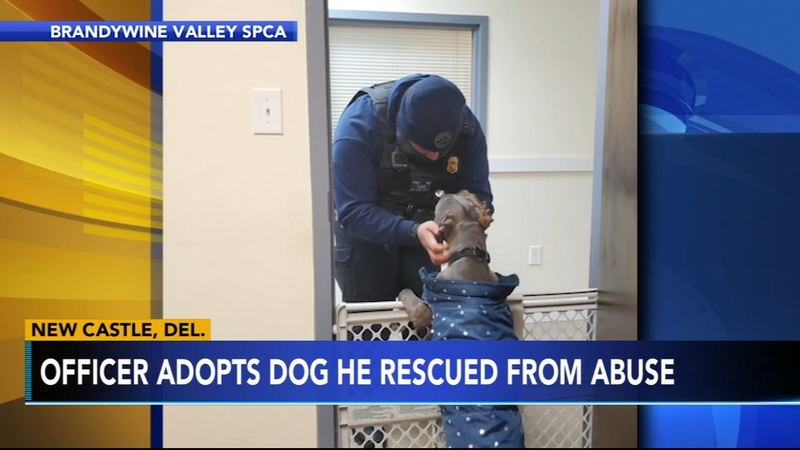 NEW CASTLE, Delaware (WPVI) -- A dog who was severely abused and injured has now found a loving home in New Castle, Delaware thanks to a compassionate first responder.

Delaware Animal Services officer Andrew Price responded to a call on February 5 for a dog apparently hit by a car.

Once he arrived on the scene, Price realized the dog hadn't been involved in an accident, but instead was the victim of horrific abuse.

Price says he was struck by how the dog named Bill responded to him and how he trusted him. Their bond was instant.

"When I picked him up, he kind of collapsed on me. And then something told me that, you know, if he survived, I'd be taking him home. So here we are," said Price.