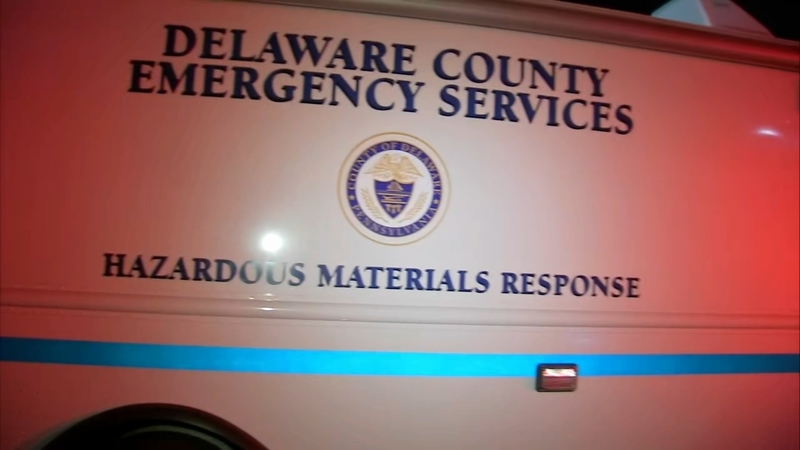 BROOKHAVEN, Pennsylvania (WPVI) -- With yet a third incident now and still no idea what the odor is or where it's coming from, Delaware County, Pennsylvania officials have created a task force to get to the bottom of it once and for all. The Delaware County 911 Emergency Call Center is the agency spearheading the initiative.

It was Saturday morning around 8:30 a.m. in the area of Upland and Mount Vernon in Brookhaven. Some residents were putting up Christmas lights in their yards when suddenly a powerful strange odor engulfed the area.

Wendy Goodman was in Brookhaven visiting a friend when she smelled it.

"It smells like you're at the zoo and it's just really bad, really bad."

Calls started coming into the Delaware County 911 Call Center who immediately dispatched a response team with special equipment that could identify the odor believed to be a petroleum-based product.

"Only a couple of blocks, didn't last long. By the time we got there with our devices it had dispersed," said Tim Boyce, director of Delaware County Emergency Response.

The area where the odor has originated is believed to be a five-mile stretch along the Delaware River from Tinicum to Marcus Hook. An area that is home to a number of industries. The problem is that by the time the response team arrives with their equipment, the odor has dissipated. So now, county officials are changing strategies. They are going to equip first responders in the affected communities with portable air pollution detectors.

"By putting these technologies in the hands of our first responders who are there, we may be able to get more sophisticated information on what the product is," said Boyce.
They have also formed a task force of multiple federal, state and local agencies to help get to the bottom of the mysterious odor.

The task force will also be notified of an emission using a special alert system.

"We're gonna now have an alarm called, "Area-Wide Odor." That alarm code at our computer-generated dispatch will allow us to notify people in real-time," explained Boyce.

And the public is being urged to do their part.

Officials are looking for whistleblowers who may know the source of the odor.