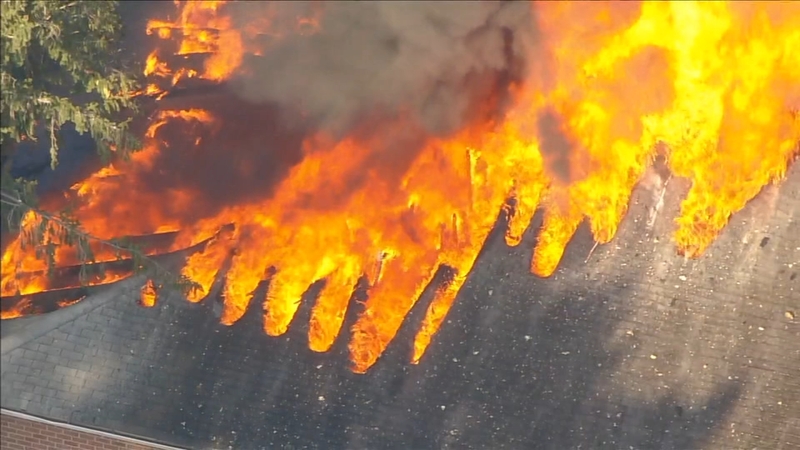 NEWARK, Delaware (WPVI) -- At least 11 apartment units were damaged by a fire on Tuesday, and authorities believe a candle sparked the blaze.

It happened around 5:45 p.m. at the Fairfield Apartments located on the unit block of Country Club Drive.

Chopper 6 was over the scene as flames were shooting from the roof.

"I called my husband screaming that the building was on fire," said resident Dee Devries.

The couple says their two cats are unaccounted for and that's all they're thinking about.

"I'm freaking out. I have two cats. I couldn't find the one and couldn't grab the bigger one, he ran because of the alarm," said Devries.

Christina Loaiza says her mother lives there and has likely lost everything.

"I tried to go in and get documents but they were like, 'You can't go in,"' she recounted.

According to the Delaware State Fire Marshal's Office, candles may be to blame for the fire that originated on a third-floor apartment.