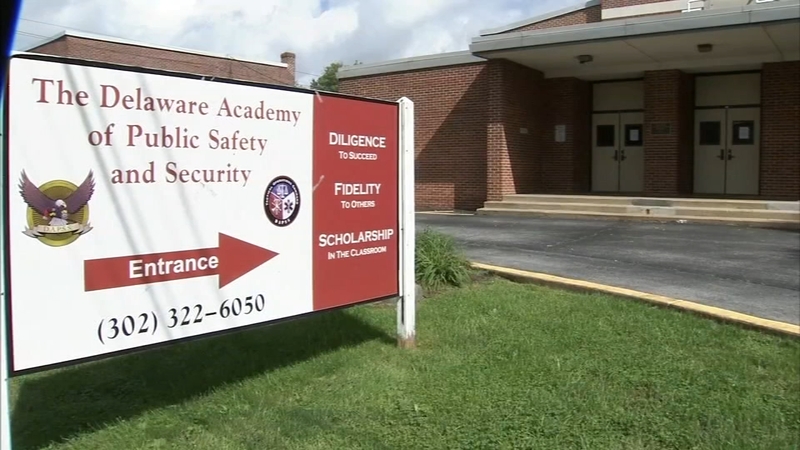 NEW CASTLE, Del. (WPVI) -- With the school year already well underway, hundreds of students from the Delaware Academy of Public Safety and Security, commonly referred to as DAPPS, found themselves at this quickly organized school fair Wednesday searching for a new place to attend class.

"We just got word that school was closing as of immediately," said parent Charles Brandt.

Charles Brandt says he found out last night that a notice was posted on DAPPS's website saying the school is shutting its doors after first opening seven years ago.

Brandt's son Anthony, a senior at the school, says it feels like his life is in a tailspin.

"Right now, I have no idea where my future is and that's really heartbreaking to say for myself," he said. "I really want to go to college but if I go to a new school and my credits don't transfer, it could be the end for me. I don't know how this will end."

School officials say it came down to simple economics. As a public charter school, DAPP's funding is linked to its enrollment.

They said more than 230 students enrolled over the summer, but when the school year started only 194 showed up.

School Principal Margie Lopez Waite says she did everything she could to keep the school afloat.

"We tried to find funding sources that would help recoup that shortfall, but we weren't successful in doing that," said Waite.

Many of the parents we spoke with say they understand the fiscal realities of what happened, they just wish they had more than a few hours' notice.

Donald Franklin, whose daughter was a freshman at DAPPS, says he had to cash-in a vacation day to attend the fair and that was only because he checked the website last night.

"There were a lot of kids out this morning that were standing at the bus stop," said Franklin. "We actually had to tell them school was closed."