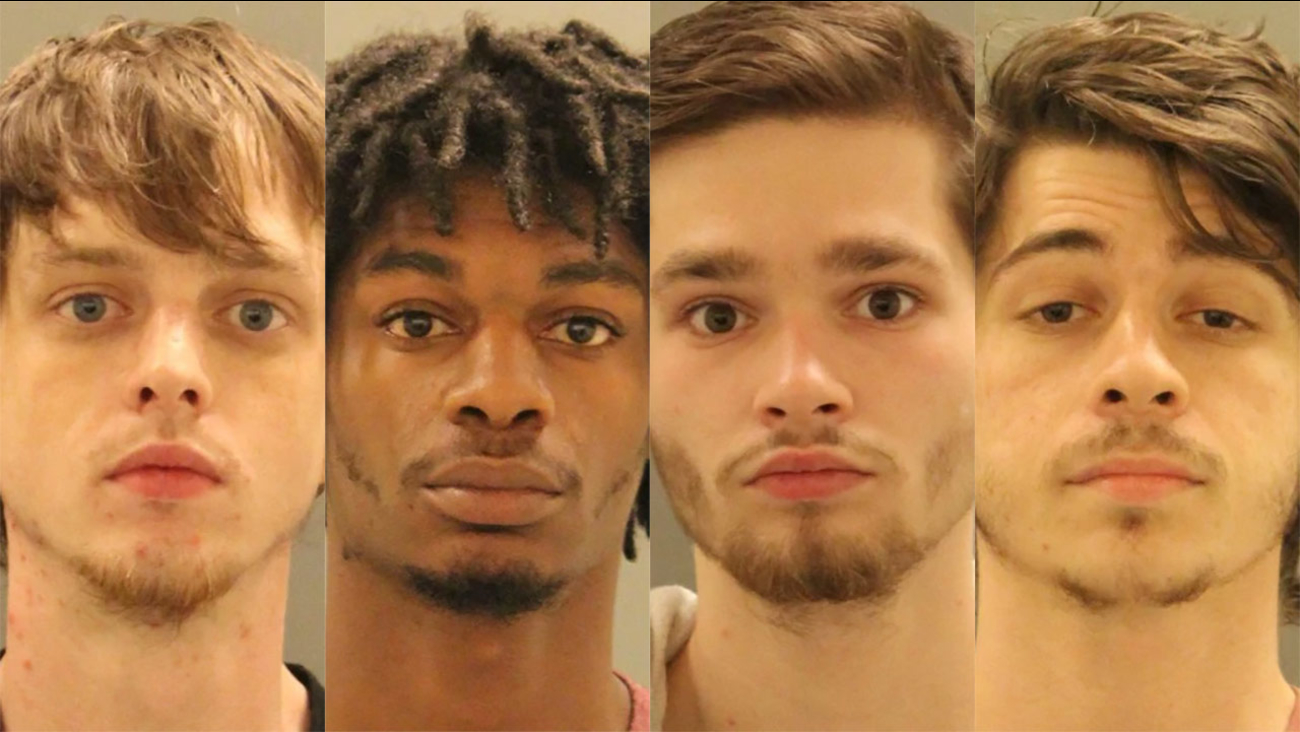 The shooting occurred around 8 p.m. on June 13 in the area of Rambleton Drive and Rambo Terrace in the development of Rambleton Acres.

A 20-year-old man and 19-year-old woman were both shot. They were taken to a local hospital where they have since been treated and released.

New Castle County police searched through surveillance footage and with the help of the Elkton Police Department were able to identify the four suspects.

NCCPD says with the assistance of the Maryland State Police, Cecil County Sheriff's Office, and Elkton Police Department, all four were taken into custody in Maryland on June 19.

The four suspects were arraigned and are currently being held at Howard Young Correctional Institution in lieu of $188,000 cash bail.