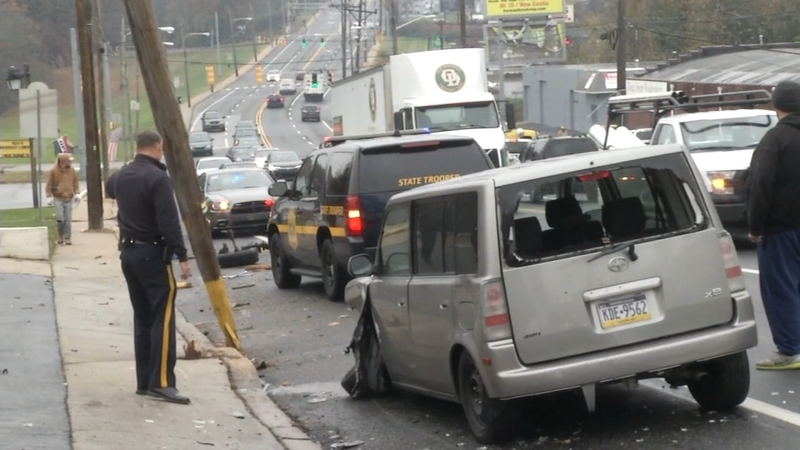 NEWPORT, Del. -- One suspect has been taken into custody and a second remains at large after a wild chase in Delaware.

It began around 10 a.m. Monday at the intersection of Maryland Avenue and Race Street in Newport.

The pair tried to flee from police when their vehicle crashed into another car and a telephone pole. It then hit several parked cars.

The driver fled on foot, but was caught a short time later.

A passenger in the car also fled and remains on the loose.

The driver in the other car involved suffered non-life-threatening injuries.

Police have not said why they were pursuing the suspects.