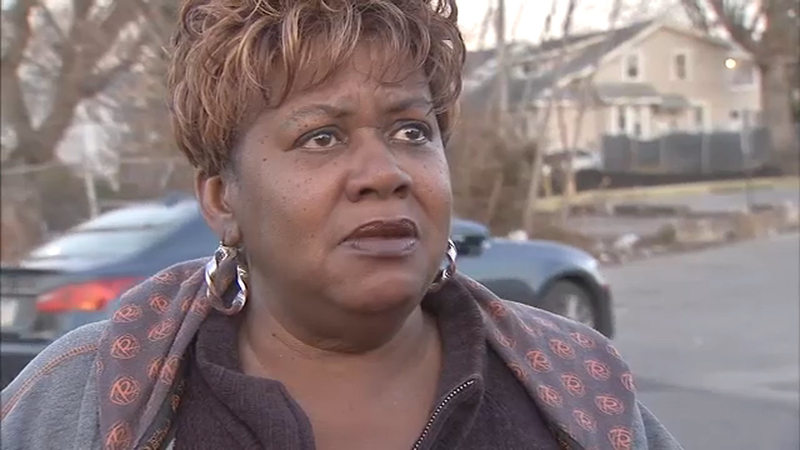 GREENVILLE, Del. (WPVI) -- A heartbroken mother is talking only to Action News after her beloved son was killed in a hit and run in Delaware.

Police say a car traveling northbound hit two people from behind while they were walking within the right turn lane.

The second victim, a 37-year-old man, was thrown into a ditch and refused medical treatment.

On Thursday night police said there was something discovered at the scene that people who know the driver may recognize, and they are asking for the public's help.

"Why would you kill my son knowing you hit him like a deer then fled the scene?" said Darcell Lott of Upper Darby.

She is pleading for the driver responsible for the hit-and-run that killed her son to surrender.

"I thought I was in a dream today. I picked out his casket, it didn't seem real," said Darcell.

Thursday night, police want people to get a look at a distinct emblem recovered at the scene.

They think it was attached to the vehicle they are looking for.

Other parts found at the scene lead investigators to believe the vehicle is a dark gray Mazda three sedan, possibly made between 2011 and 2017.

If someone recognizes the emblem it could be the key to solving the case.

She already lost a son at three months old.

Bryan Lott leaves behind an older brother, whose birthday was Thursday.

"I know he doesn't know what hit him. And I just want to be beside him. Just turn yourself in. You killed a family, you didn't just kill him, you killed me too," said Darcell.