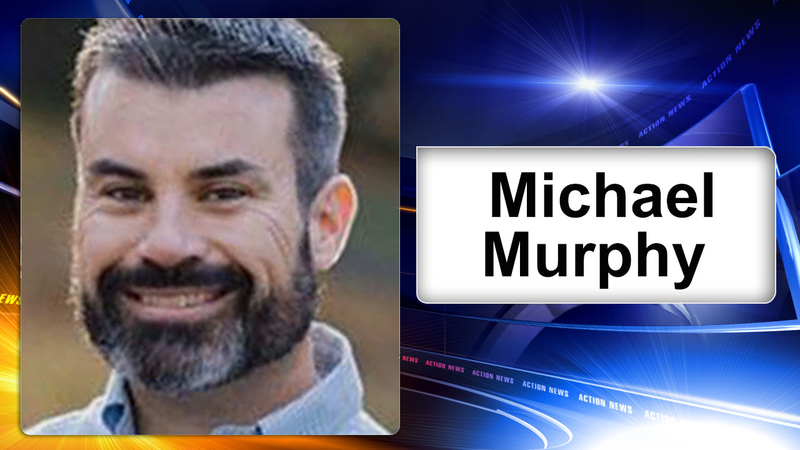 NEW CASTLE, Del. (WPVI) -- The pilot killed in the crash of a medical helicopter in New Castle County, Delaware on Thursday has been identified.

The pilot was 37-year-old Michael R. Murphy from Franklinville, New Jersey. Friends say Murphy was the father of one child, and his wife is expecting another.

The chopper involved was a PennSTAR helicopter that was registered to the University of Pennsylvania.

The crash happened around 11:55 a.m. Thursday about one mile south of the New Castle County Airport. The last flight plan showed it leaving Atlantic City at 11:17 a.m.

Video and photos from the scene showed flames and a large plume of smoke rising from the crash scene.

"And I heard this sputtering, sputtering sound and then I witnessed the black cloud, and I said, 'Oh dear God, something's going on.'" witness Marian Williams said.

"I heard a loud noise from behind. I ducked and seen the helicopter nose-dive about 100 yards away," witness John Hughes said.

A Penn Medicine spokesperson said the chopper was being operated by Metro Aviation, which provides services for PennSTAR, and the pilot was conducting a training flight at the time.

Delaware State Police spokesman Cpl. Jeffrey Hale said the helicopter crashed into a ditch behind a U.S. Post office facility, causing minor damage to an outbuilding and vehicles parked behind the building.

No patients or employees were on board, the Penn statement said. Police say no one on the ground was injured.

The horribly mangled wreckage which was coming apart even as it was being removed was to be examined at a secure location by the NTSB.

"We are here to document the scene, photograph the evidence, collect perishable evidence but overall, we're looking into the man, the machine and the environment," Heidi Kemner of the NTSB said.

Some businesses owners at the industrial park believe Murphy may have actually been a hero trying to avoid hitting anybody down below.