WPVI
BEAR, Delaware (WPVI) -- A husband and wife who were gunned down while visiting a Delaware cemetery have been identified.

It happened Friday around 10 a.m. at the Delaware Veterans Memorial Cemetery in Bear.

According to Delaware State Police, Sheldon Francis, 29, of Middletown opened fire on 86-year-old Paul C. Marino and his wife, 85-year-old Lidia Marino, both of Elkton, Maryland.

Lidia was pronounced dead at the scene. Paul was rushed to the hospital where he died over the weekend.

Police scoured the area for hours looking for Francis after an exchange of gunfire with officers. Francis was later found dead. It is undetermined at this time if the gunshot wound was self-inflicted or as a result of the exchange of gunfire.

Police are still investigating the motive for the shooting.
Report a correction or typo
Related topics:
bearcrimeveteransshootingcemetery
Copyright © 2020 WPVI-TV. All Rights Reserved.
CRIME 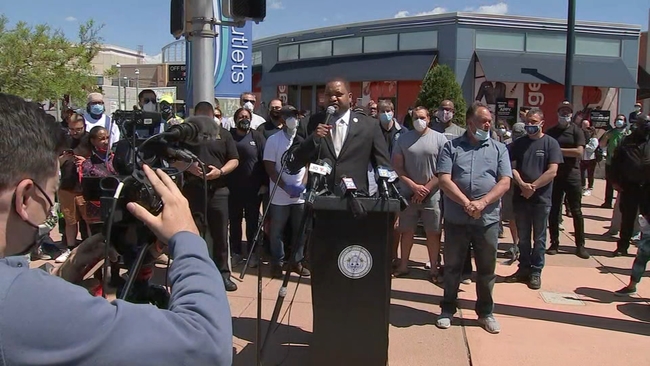 NJ communities clean up after protests turned into violence, looting