Trump thinks Biden, Warren or Sanders will 'take it to the end' ahead of Democratic debate 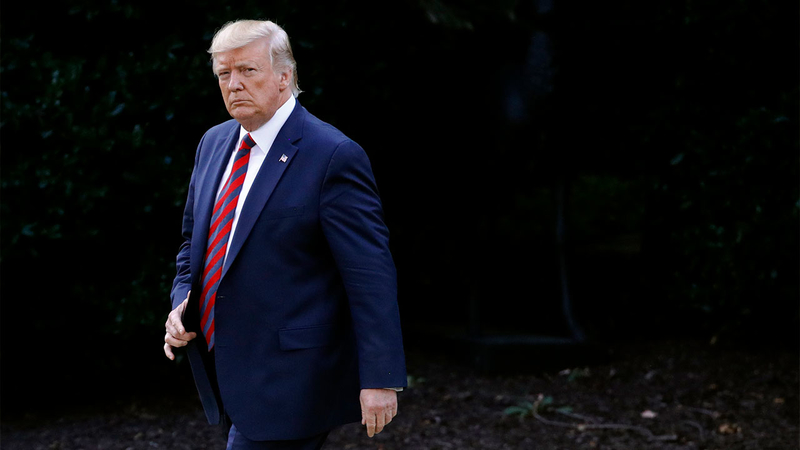 Trump thinks Biden, Warren or Sanders will 'take it to the end'

WASHINGTON -- Hours before the third Democratic debate, President Donald Trump weighed in on the Democratic primary field and identified the three candidates he thinks will "take it to the end."

Trump said Thursday that he thinks he'll face former Vice President Joe Biden, Sen. Elizabeth Warren or Sen. Bernie Sanders next year. He said, "It's going to be one of those three."

"But you never know in politics, do you?" he added.

"They all have their weaknesses and their strengths. I think that they're very different. They certainly have a lot of different voices up there," Trump said.

"It would look to me like it would be Elizabeth Warren. It looks like Joe maybe will be able to get there, maybe not, and certainly Bernie is there," President Trump tells @KyraPhillips when asked who his strongest opponent among Democrats is https://t.co/T37EaVwUum #DemDebate pic.twitter.com/DI9RpWDpxH

Trump said he's going to catch up on the Democratic debate once he returns from Baltimore, where he is traveling to address congressional Republicans on Thursday evening.

He said, "It's going to be very interesting. I'm going to have to watch it as a rerun."