Diabetic teen kicked out of Delsea Drive-In for candy contraband 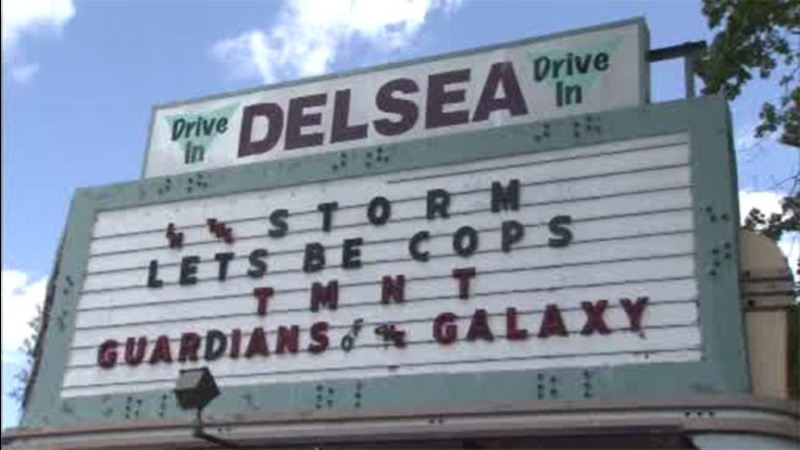 VIDEO: Diabetic teen kicked out of theater for candy

VINELAND, N.J. (WPVI) -- A South Jersey family says they were kicked out of a movie theater because of what they call necessary supplies for their son.

The contraband in question was candy.

The Delsea Drive-In doesn't allow outside food, and staffers didn't make an allowance even though this teen has diabetes.

16-year-old Ben Weidner of West Deptford has Type 1 diabetes and carries with him everywhere a backpack containing insulin, an EpiPen, a juice box and candy to eat in case his blood sugar drops suddenly.

But when he and a group of friends went with his parents to the Delsea Drive-In in Vineland two weeks ago, he was denied admission because outside food and drinks are not permitted on the property.

Ben's father, Phil Weidner, says, "He needs to have items with him to handle low blood sugar. He's got celiac, he's got numerous food allergies. We are bringing these items in not because they are extra items to eat, but because they are for his own safety."

Pediatrician Dr. John Deleonardis, owner of the Delsea Drive-In, says, "Sorry your kid has an affliction but what can I tell you?"

Deleonardis tells us revenue from the concession stand is what keeps the place open and that several diabetic and celiac-friendly foods are available for sale.

DeLeonardis said if he bends the rules then all of a sudden everyone will say they have diabetes and want to bring in their own food and drink.

"They'll abuse it," claims DeLeonardis. "My time shouldn't be occupied at the box office trying to explain to people, 'We have a website. It tells you about this. If you don't want to go to that, don't come.'"

But Phil Weidner says, "It's just ignorant and unacceptable. Just because he feels people are going to take advantage of him by bringing food in."

For Ben, who deals with needles and meters and worries about his health every day, a fun night at the movies turned in to anything but.

"I feel humiliated, really. Because I've been trying to get past this, all this stuff with my friends. Pretty much being with them, be as normal as possible. It's just really humiliating," Ben said.