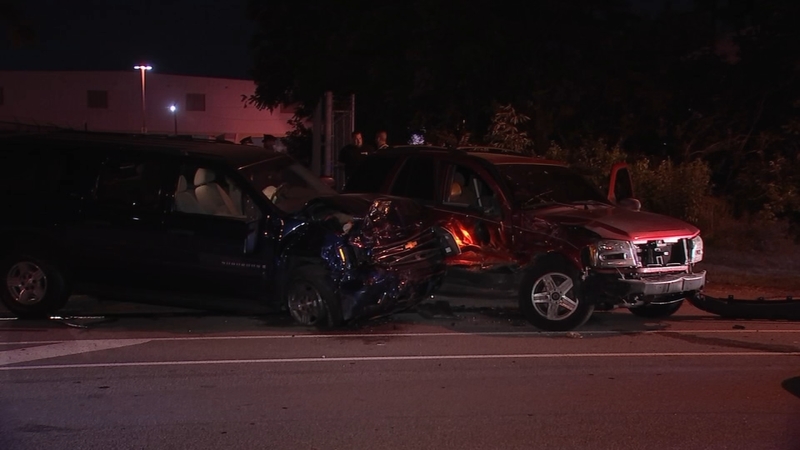 Man drives into ex-wife's car, beats her with bat in NE Philly: Police

PHILADELPHIA (WPVI) -- Philadelphia police are investigating a domestic incident in which a man is accused of attacking his ex-wife, first with a vehicle then with a bat.

The incident was reported at 8:30 p.m. Tuesday on the 2900 block of Grant Avenue in Northeast Philadelphia.

Investigators say the suspect deliberately crashed his car into his former wife's vehicle.

The woman was in her vehicle with her co-worker at the time.

When both parties got out of their cars, police say the man hit his ex-wife with a baseball bat.

The man tried to flee, but was caught by police.

The woman and the suspect were taken to the hospital with non-life-threatening injuries.