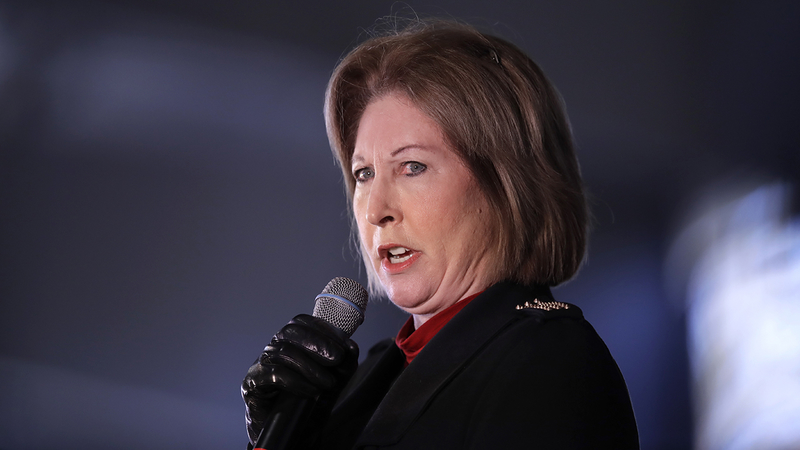 WASHINGTON -- President Donald Trump had cut attorney Sidney Powell from his legal team after she launched multiple lawsuits aimed at overturning the 2020 election -- all failures -- but Trump has now welcomed the conspiracy-minded flamethrower back into the White House to plot out further efforts to extend his presidency.

Trump and Powell met in the Oval Office Friday night, ABC News has confirmed, and were joined by Trump's former national security adviser, retired Lt. Gen. Michael Flynn, who has been publicly prodding Trump to take unprecedented steps to seize a second term -- including declaring martial law and ordering the military to oversee new elections in the battleground states that Trump lost.

"[Trump] could take military capabilities and he could place them in those states and basically rerun an election in each of those states," Flynn said earlier this week on the conservative news outlet Newsmax.

Critics expressed alarm at Friday's meeting, which was first reported by The New York Times. Noah Bookbinder, who heads the watchdog group Citizens for Responsibility and Ethics in Washington, told ABC News that the ideas raised in the Oval Office discussions would represent an "abuse of power" and were "wrong and must be condemned."

"President Trump's continued attempts to overturn the results of the election have done immeasurable damage to the stability of our democracy and to the American people's faith in it," Bookbinder said. "The president welcoming Michael Flynn to the White House right after Flynn suggested Trump impose martial law to overturn the election by force takes the threat to a new level."

Critics contend that Powell's return could usher in a dark final chapter to the Trump presidency, and the prospect has prompted pointed objections from several of Trump's most trusted advisers -- including his personal attorney Rudy Giuliani, who has otherwise endorsed a scorched-earth effort to contest the elections.

And Powell's re-emergence in Trump's corner comes at a precarious time for her own career, as many of the targets of her drive to overturn the election have begun to push back. Last week, Dominion Voting Systems, the Colorado voting machine company that fringe pro-Trump forces have targeted with dark conspiracy theories of a rigged election, threatened Powell with legal action if she didn't retract what it called the "wild, knowingly baseless, and false" allegations she has made against them.

Nevertheless, Trump invited Powell to consider the possibility that she be appointed a special counsel and be given high-level security clearances to investigate the 2020 election. The meeting was highly contentious, sources told ABC News, filled with screaming and demands from Powell, who called other Trump aids "quitters" for giving up the fight.

The meeting ended with White House Chief of Staff Mark Meadows, White House Counsel Pat Cipollone and other Trump attorneys talking the president out of making the offer, the sources said. Giuliani, who joined the meeting by phone, also opposed the idea, according to sources.

Powell did not immediately respond to ABC News' request for comment.

Powell's allure to Trump appears to be her willingness to explore debunked, stem-winding conspiracy theories suggesting that foreign actors plotted with an American deep state to rig election machines for former Vice President Joe Biden. During Friday's meeting, a source said, the assembled group pondered an executive order to seize and examine voting machines across the country.

That idea had initially been raised by Giuliani earlier in the week, but was quickly shot down by Cipollone and Meadows. When Powell raised it Friday night, the two dismissed it again.