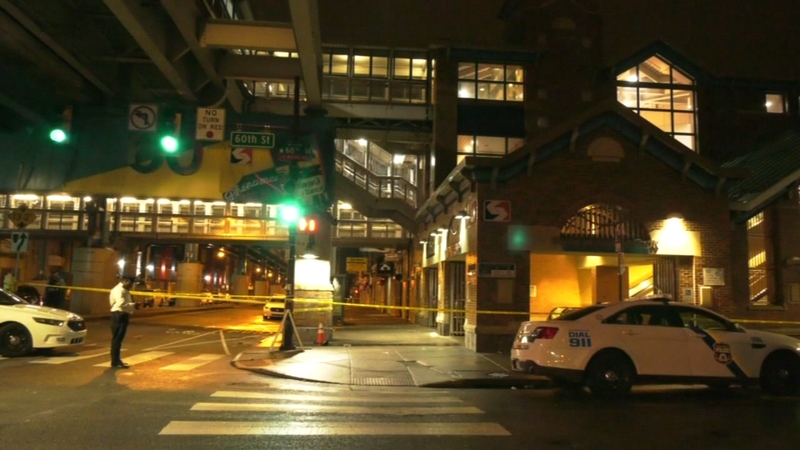 It happened shortly before 10 p.m. Monday at 60th and Market streets.

Investigators say two men were standing outside SEPTA's Market-Frankford Line when two other men ran up to them and fired 17 shots.

A 20-year-old man is in critical condition after being shot in the head.

A 19-year-old man was shot in the arm and is in stable condition.

Detectives say they have found surveillance footage that show the two attackers at the scene.