"This is the most violence I've ever seen," said Nneka Burnett, a block captain in Oxford Circle.
WPVI
By 6abc Digital Staff and Jaclyn Lee 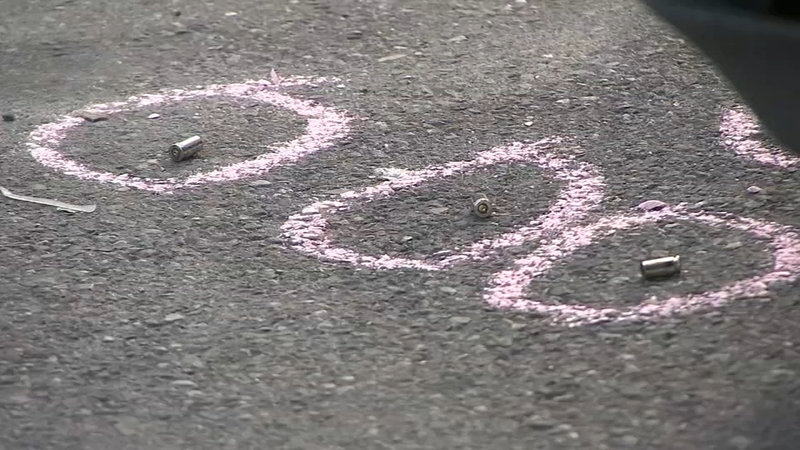 The incident happened just after 5 p.m. at Snyder Avenue and S. Opal Street.

Police say a 21-year-old man was shot multiple times in the torso.

He was taken to Penn Presbyterian Medical Center, where he later died from his injuries.

"Given the ballistic evidence at the scene, it's clear that the shooter or shooters intended to shoot at the individuals who were struck," said Inspector D.F. Pace of the Philadelphia Police Department.

Another man, 28, was also shot in the lower back, police say.

He was taken to Penn Presbyterian Medical Center and listed in stable condition.

"Each case, obviously with a homicide, it's a tragedy," said Pace. "Even in instances where there's a shooting, and the person does not die, it's a life-changing event, and it's tragic nonetheless."

This shooting adds to the growing list of violent incidents in the city.

Earlier on Saturday, a man in his late 20s died after he was shot in the head in Lawncrest.

In Hunting Park, there was a double shooting that led to the death of a 17-year-old.

"This is the most violence I've ever seen," said Nneka Burnett, a block captain in Oxford Circle.

Anyone with information surrounding any of these incidents is asked to contact police.