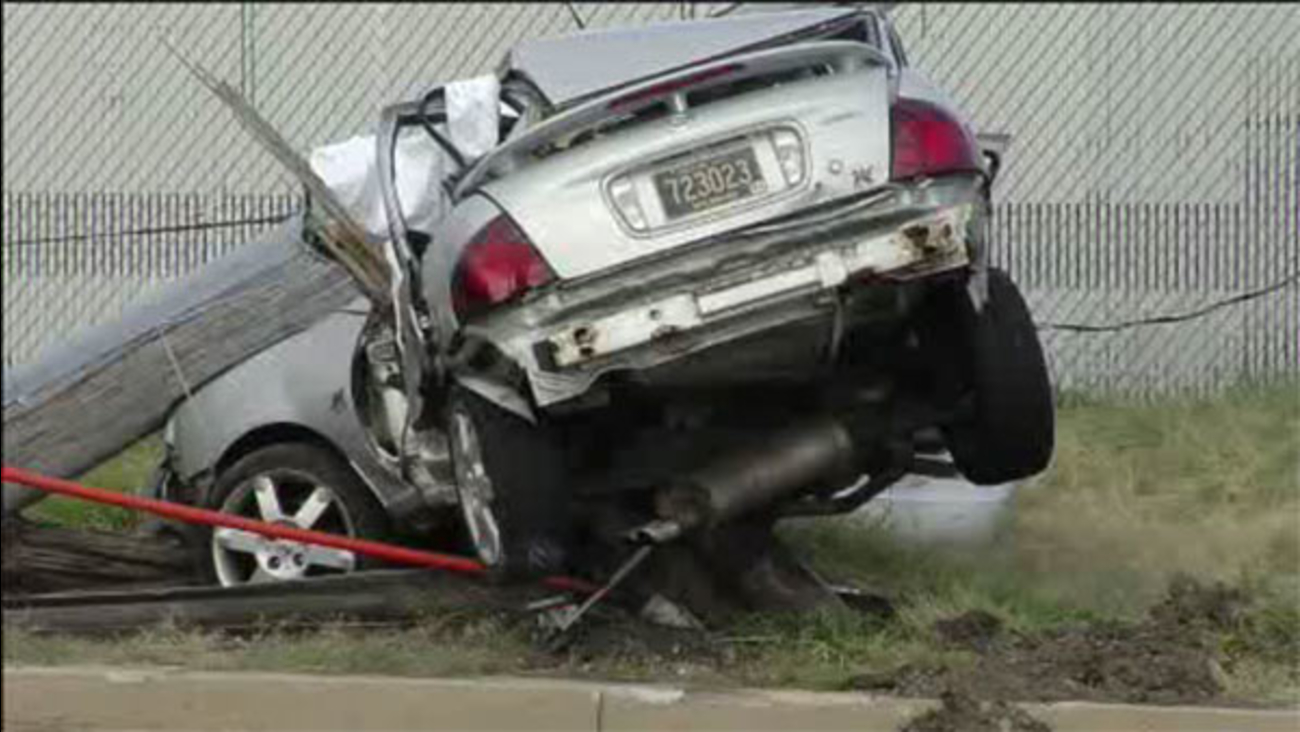 SOUTH PHILADELPHIA -- Police say a driver was killed after his vehicle struck a utility pole in South Philadelphia Saturday morning.

The crash occurred around 7:00 a.m. at the intersection of Columbus Boulevard and Oregon Avenue.

Medics pronounced the victim dead at the scene.

The pole and wires came crashing down upon impact of the striking vehicle.

PECO crews were called to the scene.