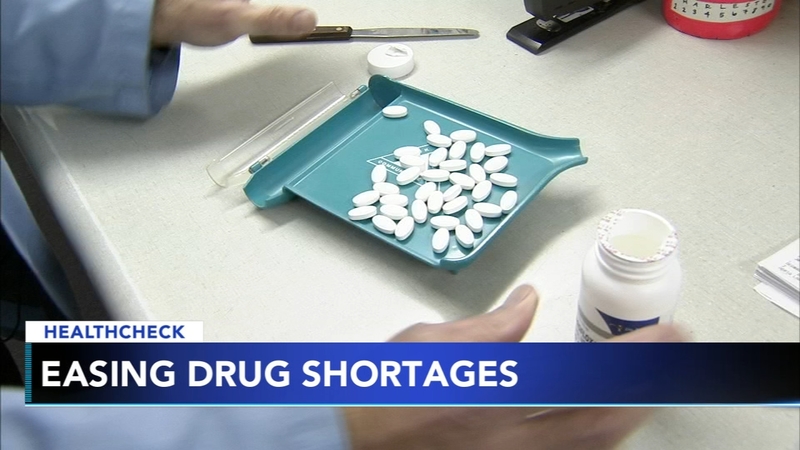 WASHINGTON (WPVI) -- A government task force has laid out several recommendations for cutting the rising number - and length - of drug shortages.

Two-thirds of the shortages involve older generic drugs, which are in high demand, but less profitable than newer ones.

It said the normal principle of supply and demand doesn't work in this arena.

The drugs are in high demand, but makers don't ramp up the supplies to meet that.

In fact, the pressure to get drugs cheaper discourages companies from investing in efforts to do that.

The task force report identified 3 root causes of the shortages:

1. Lack of incentives for manufacturers to produce less profitable drugs.

2. A market that does not recognize and reward manufacturers for "mature quality systems" that focus on continuous improvement and early detection of supply problems.

3. And logistical and regulatory hurdles that make it hard to recover from a supply disruption.