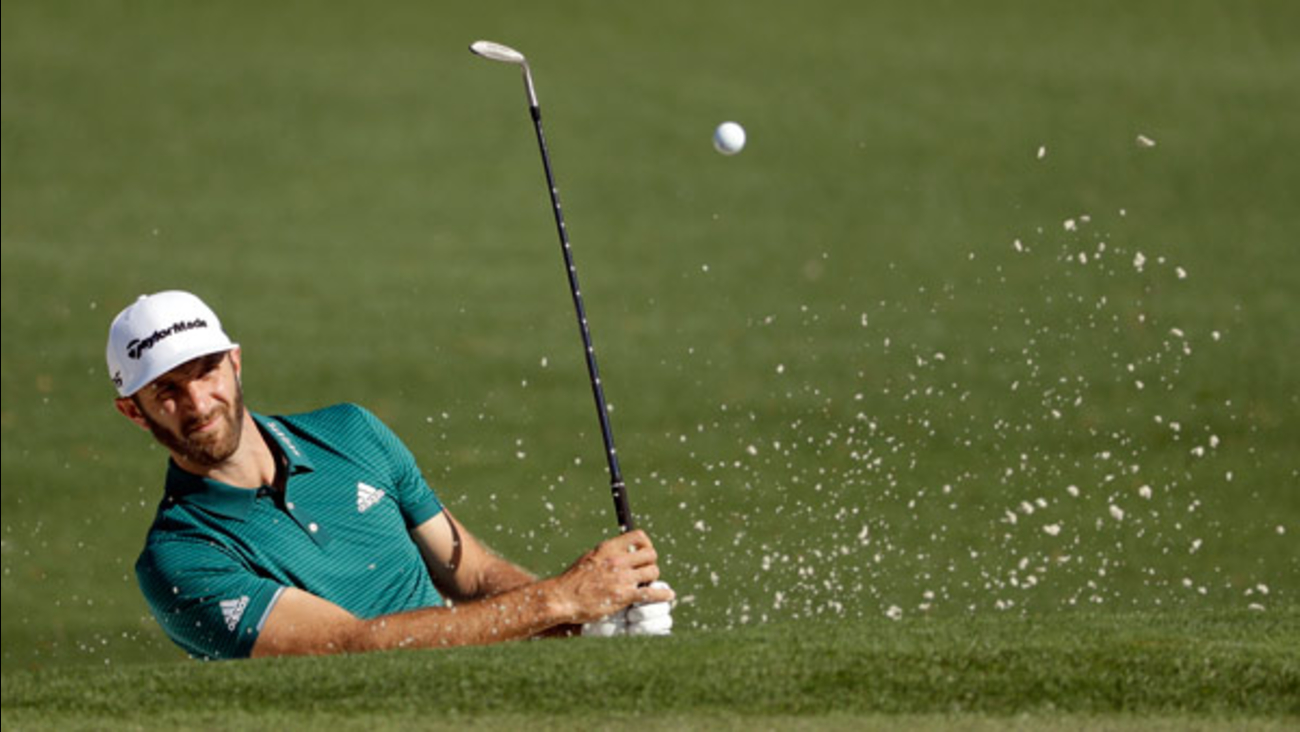 Dustin Johnson hits out of a bunker on the second hole during a practice round for the Masters golf tournament Tuesday, April 4, 2017, in Augusta, Ga. (AP Photo/Matt Slocum)

AUGUSTA, Ga. -- Dustin Johnson has withdrawn from the Masters after injuring his lower back in a fall at the home he was renting for the week.

The world's No. 1-ranked player arrived at Augusta National on quite a roll, having won his last three starts.

But he never took a shot at the first major championship of the year.

Johnson walked to the first hole Thursday, as if he was going to play in the final group of the day, but changed his mind at the last possible moment. Bubba Watson and Jimmy Walker teed off while Johnson sauntered back to the clubhouse, a stunning start to the tournament.

His Masters was over before it ever began.

Johnson was injured late Wednesday afternoon when he took what his agent described as a "serious" fall down a staircase.