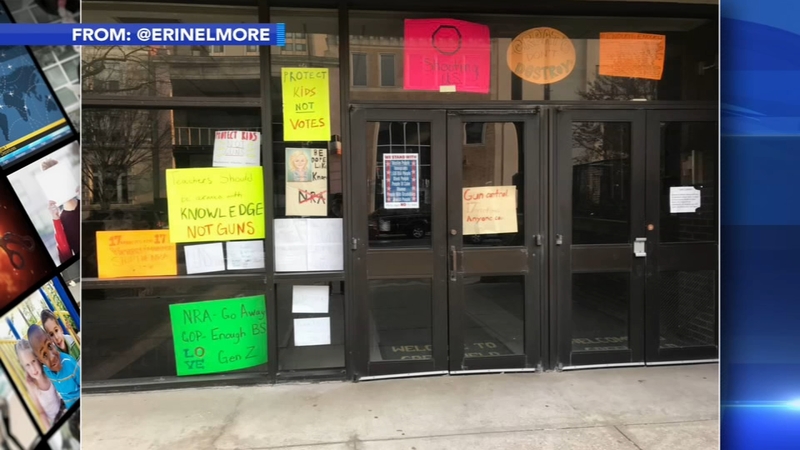 PHILADELPHIA (WPVI) -- A local public grade school has found itself at the center of a national controversy over signs made by the students.

Erin Elmore, a Republican analyst, once campaign surrogate for President Donald Trump and a mother living in Philadelphia, snapped pictures of these signs -- hanging at the entrance to the Albert Greenfield School on Chestnut Street in Center CIty.

And then she talked about them on a national news network Thursday morning.

She says they are anti-NRA, anti-republican and she calls them "alienating, divisive, unpatriotic and in poor taste."

Elmore is a member of the NRA. She says this is "embarrassing to the city of Philadelphia" and says is ashamed at the school she once considered sending her son.

The school has now spoken out, defending the students' rights to free speech and saying classrooms across the country expressed their feelings on gun control and school safety following the deadly school shooting in Parkland.