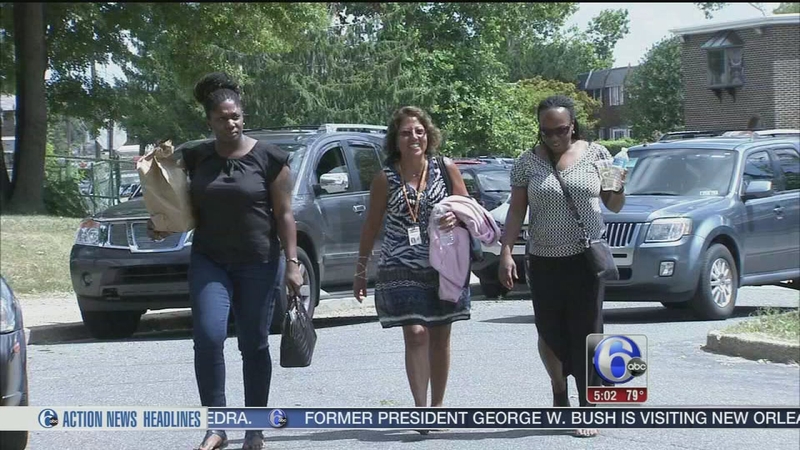 CHESTER, Pa. (WPVI) -- One of Pennsylvania's poorest school districts says it cannot afford to pay its staff amid an entrenched state budget stalemate, and district and state officials had no immediate answers Friday about where they will find the money to keep the schools operating.

Chester Upland School District said it cannot meet a scheduled payroll on Sept. 9. Teachers and support staff voted Thursday to continue working if they are not paid, and the fall semester was scheduled to start next week.

But a spokesman for Gov. Tom Wolf said serious change is necessary to ensure the district can remain open all year.

"If they do open next week, without drastic corrective action to fix their financial situation, they're not going to remain open," Wolf press secretary Jeff Sheridan said.

Chester Upland said in January 2012 that it couldn't afford to pay employees, but the state used emergency funds to keep the schools open. All told, the state has given the district more than $74 million in one-time emergency funds in the past five years to keep it operating, according to the Wolf administration.

Chester Upland, which is under state oversight, served about 3,400 students last year, and another 3,800 attended charter schools, according to state data. Its approved budget for the year is about $133 million, most of which is supposed to come from the state government.

However, the state missed a major aid payment to public schools earlier this week because of the stalemate. Meanwhile, a Delaware County judge on Tuesday rejected the district's request to shave charter school payments by nearly $25 million. About half of the district's money goes to charter schools.