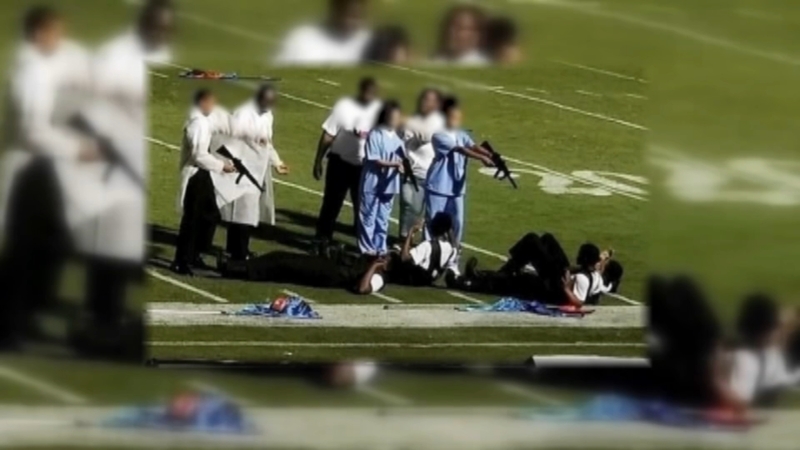 JACKSON, Miss. (WPVI) -- A band director has been suspended in Mississippi after an extremely controversial halftime show Friday night that some called shocking and disturbing.

They said the performance was based on the movie John Q.

People in the crowd said they were angry and emotional and not entertained, calling it completely inappropriate.

Even the governor took to Twitter, calling this unacceptable in a civilized society and someone should be held accountable.

The school released a statement saying they have a great deal of respect and appreciation for law enforcement and apologized, calling the performance insensitive.