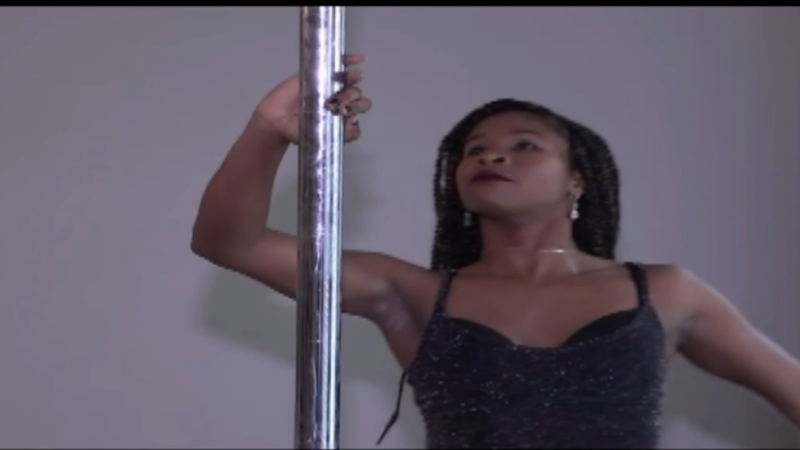 HOKE COUNTY, N.C. -- A North Carolina teacher is upset after she said she was taken off the job for her part-time role as a pole-dance instructor.

Kandice Mason loves to teach. In fact, she was really looking forward to meeting her sixth graders at West Hoke County Middle School.

"I was really excited. I had already been given my classroom," said Kandice Mason.

Mason also has a passion for learning. The single mom of two has three degrees; a masters in Psychology, bachelors in English, and a certificate in phlebotomy.

She's also a self-taught pole dancer. Unwinding in her home after long days in the classroom.

"That's how I stay in shape. That's how I feel like I can express myself and have time for myself," Mason said.

Kandice posted a video of her pole dancing to her private Facebook account but it somehow got leaked to Hoke County Public Schools leaving the English teacher's job hanging in the balance.
"I've worked so hard to try and make sure I can provide for my daughters and our livelihood to have it jeopardized just for doing something that I'm passionate about," said Mason.

Hoke County Schools would not specify why Mason was suspended, only providing the following statement through schools representative Donna Thomas:

"Kandice Mason has been suspended with pay pending an investigation."

Mason showed our sister station WTVD the policy that the school told her she violated.

Mason got choked up reading the allegations against her.

"It wasn't even like it was a parent or student that brought this up. It was someone that was being malicious and pretty much trying to make me out to be a bad person," she said.

That's not who Mason says she is.

"I've never felt ashamed of pole dancing. It's just an art for me. I just don't see it as negative," Mason said.

Mason's case could go before the Hoke County School Board, which would have the final say regarding her employment.