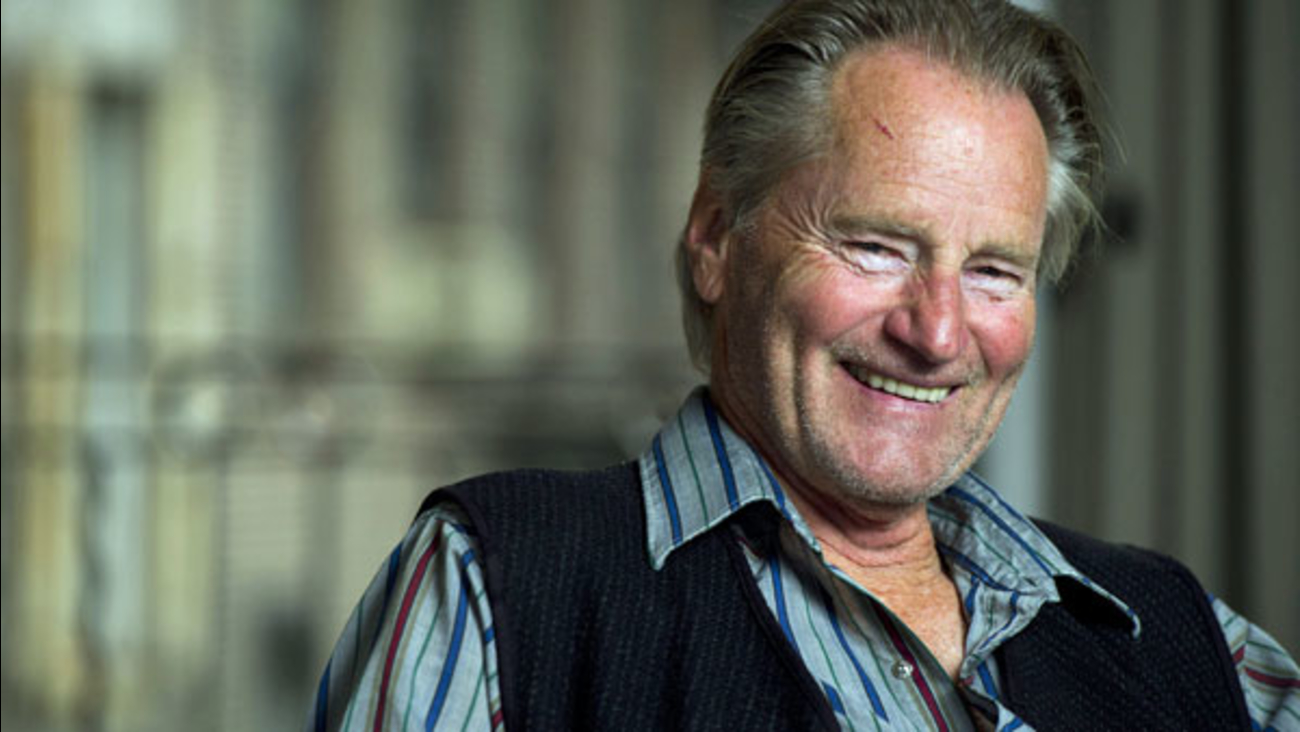 NEW YORK -- Sam Shepard, the Pulitzer Prize-winning playwright, Oscar-nominated actor and celebrated author whose plays chronicled the explosive fault lines of family and masculinity in the American West, has died. He was 73.

The taciturn Shepard, who grew up on a California ranch, was a man of few words who nevertheless produced 44 plays and numerous books, memoirs and short stories. He was one of the most influential playwrights of his generation: a plain-spoken poet of the modern frontier, both lyrical and rugged.

In his 1971 one-act "Cowboy Mouth, which he wrote with his then girlfriend, musician and poet Patti Smith, one character says, "People want a street angel. They want a saint but with a cowboy mouth" - a role the tall and handsome Shepard fulfilled for many.


"I was writing basically for actors," Shepard told The Associated Press in a 2011 interview. "And actors immediately seemed to have a handle on it, on the rhythm of it, the sound of it, the characters. I started to understand there was this possibility of conversation between actors and that's how it all started."

Shepard's Western drawl and laconic presence made him a reluctant movie star, too. He appeared in dozens of films - many of them Westerns - including Terrence Malick's "Days of Heaven," ''Steel Magnolias," ''The Assassination of Jesse James by the Coward Robert Ford" and 2012's "Mud." He was nominated for an Oscar for his performance as pilot Chuck Yeager in 1983's "The Right Stuff." Among his most recent roles was the Florida Keys patriarch of the Netflix series "Bloodline."

But Shepard was best remembered for his influential plays and his prominent role in the off-Broadway movement. His 1979 play "Buried Child" won the Pulitzer for drama. Two other plays - "True West" and "Fool for Love" - were nominated for the Pulitzers as well, and are frequently revived.

"I always felt like playwriting was the thread through all of it," Shepard said in 2011. "Theater really when you think about it contains everything. It can contain film. Film can't contain theater. Music. Dance. Painting. Acting. It's the whole deal. And it's the most ancient. It goes back to the Druids. It was way pre-Christ. It's the form that I feel most at home in, because of that, because of its ability to usurp everything."

Samuel Shepard Rogers VII was born in Fort Sheridan, Illinois, in 1943. He grew up on an avocado ranch in Duarte, California. His father was an alcoholic schoolteacher and former Army pilot. Shepard would later write frequently of the damage done by drunks. He had his own struggles, too, and was arrested in 2015 for drunk driving.

Shepard arrived in New York in 1963 with no connections, little money and vague aspirations to act, write or make music. "I just dropped in out of nowhere," he told the New Yorker in 2010. But Shepard quickly became part of the off-off-Broadway movement at downtown hangouts like Caffe Cino and La MaMa. "As far as I'm concerned, Broadway just does not exist," Shepard told Playboy in 1970 - though many of his later plays would end up there.

His early plays - fiery, surreal verbal assaults - pushed American theater in an energized, frenzied direction that matched the fractured 1960s. A drummer himself, Shepard found his own rock 'n roll rhythm. Seeking spontaneity, he initially refused to rewrite his plays, a strategy he later dismissed as "just plain stupid."

As Shepard grew as a playwright, he returned again and again to meditations on violence. His collection "Seven Plays," which includes many of his best plays, including "Buried Child" and "The Tooth of Crime," was dedicated to his father.

"There's some hidden, deeply rooted thing in the Anglo male American that has to do with inferiority, that has to do with not being a man, and always, continually having to act out some idea of manhood that invariably is violent," he told The New York Times in 1984. "This sense of failure runs very deep - maybe it has to do with the frontier being systematically taken away, with the guilt of having gotten this country by wiping out a native race of people, with the whole Protestant work ethic. I can't put my finger on it, but it's the source of a lot of intrigue for me."

Besides his plays, Shepard wrote short stories and a full-length work of fiction, "The One Inside," which came out earlier this year. "The One Inside" is a highly personal narrative about a man looking back on his life and taking in what has been lost, including control over his own body as the symptoms of ALS advance.

"Something in the body refuses to get up. Something in the lower back. He stares at the walls," Shepard writes. "The appendages don't seem connected to the motor - whatever that is - driving this thing. They won't take direction - won't be dictated to - the arms, legs, feet, hands. Nothing moves. Nothing even wants to."

Shepard's longtime editor at Alfred A. Knopf, LuAnn Walther, said Shepard's language was "quite poetic, and very intimate, but also very direct and plainspoken." She said that when people asked her what Shepard was really like, she would respond, "Just read the fiction."

This story has been corrected to show that Chuck Yeager was a pilot.