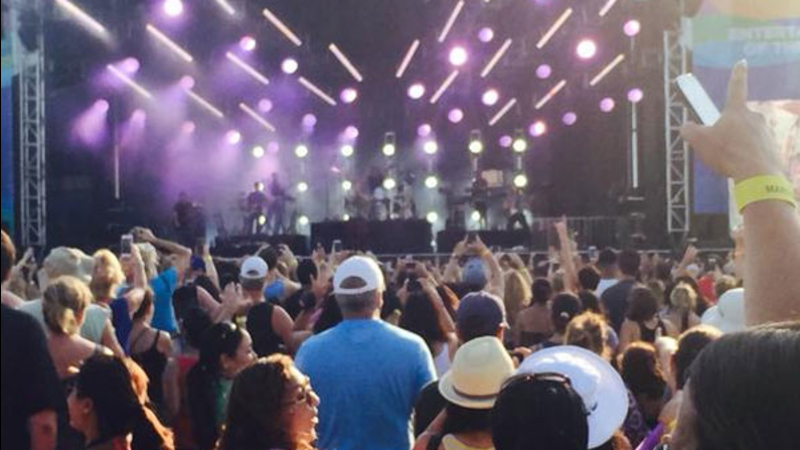 Many families took in the concert in a town that's trying to reinvent itself as a more family-friendly destination.

The Atlantic City Alliance director says the concert is expected to have an economic impact on the city in excess of $24-million.

50,000 fans packed the beach in Atlantic City to see to see pop band Maroon 5 and its popular frontman Adam Levine.

More importantly, it introduced new visitors to the changing city that recently lost four of its 12 casinos.

"It's all about driving tourists to Atlantic City. We are here to diversity our tourism economy, show people a great time and a spectacular show," Jeff Guaracino of the ACA said.

While many enjoyed the concert, there were a number of problems.

Some concertgoers were treated for apparent heat related medical issues.

Numerous others left early complaining that they paid for upgraded tickets, but the crowds kept them from getting to their section.

"We have zone 1. We can't get through. We're being trampled on by people. Security's not directing us," Vicki Young of Branchburg, NJ said.

Sabrina Smith of Northeast Philadelphia says the section for those with disabilities was three blocks from the stage.

A spokesperson for the Atlantic City Alliance tells Action News they have concerns about those entry problems and will work with the concert promoter, Live Nation, to address them for a possible future concert.

Police tell Action News there were no arrests during the concert.