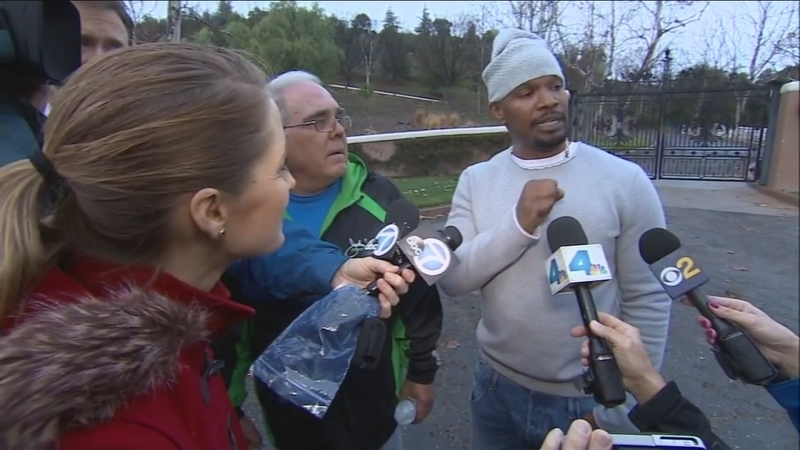 The CHP said the driver, identified as 32-year-old Brett Kyle, drove his 2007 Toyota Tacoma into a drainage ditch around 8:30 p.m.

The wreck happened near Foxx's home, according to ABC News.

Oscar-winning actor Jamie Foxx jumped to the rescue, pulling a man from a burning car.

The car, which was traveling at a high rate of speed westbound on Potrero Road east of Hidden Valley Road, struck a drainage pipe and concrete, causing it to roll over multiple times, authorities said.

The vehicle ended up on its passenger side and caught fire, trapping Kyle inside.

Two civilian witnesses who were near the scene ran to the car to try and free Kyle. The two broke the car window using some type of tool, cut the seat belt and pulled Kyle out to safety, police said.

The CHP confirmed that one of the Good Samaritans was Foxx.

"Jamie didn't hesitate. He jumped out and ran to the car," a member of Foxx's publicity team told ABC News.

Ventura County firefighters and paramedics responded to the scene, and Kyle was transported to Los Robles Hospital and Medical Center for treatment. He was arrested for driving under the influence of alcohol.