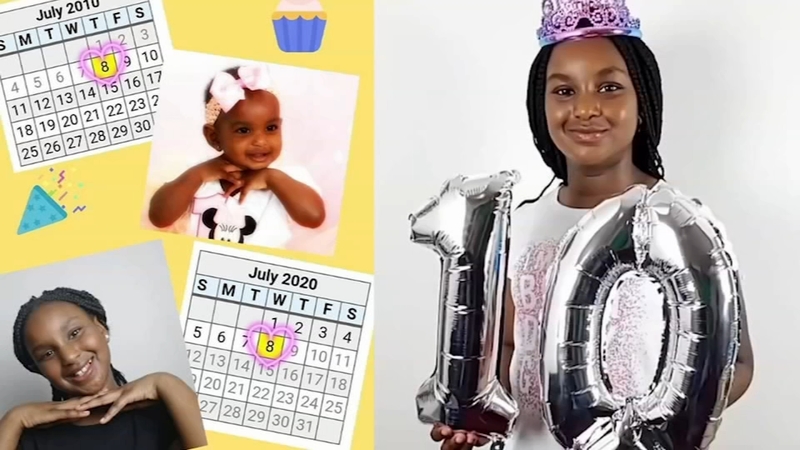 In New Castle County, Delaware, there's a budding journalist whose resume includes interviews with some of the biggest names in Hollywood.

While Tiana Sirmans is hard at work breaking barriers in her industry, mentoring other kids and making great grades in school, she's also celebrating her 10th birthday.

"I'm only 10 years old and I feel like I can do anything," Tiana says. "Keep believing and don't stop dreaming."

Tiana is the youngest journalist to attend the National Association of Black Journalists conference.

We first met Tiana when she 8 years old and was named a student reporter for Time for Kids. Now, she hosts her own shows.

"I have 'Skyping with Tiana' with Kiki Palmer's company, Saving our Daughters. I also have my own show 'Lights, Screen, Action', and I'm also a film critic," Tiana said.

Behind the scenes is mom, Tiffany, who plays producer.

As she heads into 5th grade and finds that balance, Tiana is still focused on her career goals.

"I want to have a show kind of like Rachael Ray's cooking talk show because one of the things I love doing is to cook with my mom," she said.

Who is her dream interview?

"I would love to interview is Kevin Hart," she said. "He is just so funny," she said.

What would she ask the Philadelphia star?

"I know that he was raised by a single mom like me, so I want to ask him about that and make that connection. I feel like if we talked it would last quite a while, but it would be really fun," she said.
Report a correction or typo
Related topics:
arts & entertainmentnew castle countychildrenentertainmentfeel good
Copyright © 2021 WPVI-TV. All Rights Reserved.
TOP STORIES
Triple shooting leaves 2 men dead, 1 child injured in West Philly: Police
Police investigate second triple shooting hours apart in West Philly
Biden family dog Champ dies
Buyers lining up to check out 'house from hell' listed for nearly $600K
Celebrations of Juneteenth 2021
Post office left riddled with bullets after shootout in University City: Police
Teen shot, wounded in Wilmington Delaware: Police
Show More
Pedestrian hit by a car in North Philadelphia is in critical condition
'We're taking it to them': Sixers fans optimistic ahead of Game 7
Police: 33-year-old man shot, injured in the city's Lawncrest section
Philadelphia celebrates Juneteenth with rally, march
AccuWeather: Unsettled at times tonight, hot & humid Sunday
More TOP STORIES News