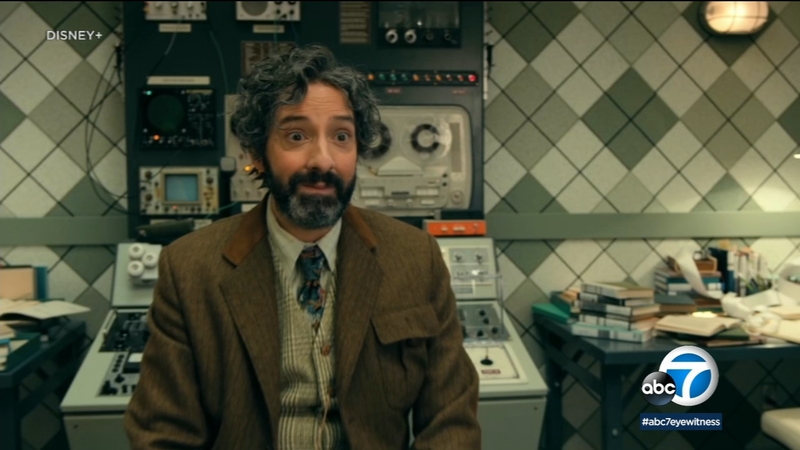 HOLLYWOOD, LOS ANGELES -- "The Mysterious Benedict Society" is a new streaming series heading to Disney+. Two-time Emmy winner Tony Hale takes on two roles in this show. It's based on a series of best-selling novels for kids.

It all revolves around an eccentric guy who recruits some smart kids for a secret mission. Tony Hale is the mysterious Mr. Benedict. He also plays his evil twin brother, Mr. Curtain. But you have to look close to recognize him!

"Us actors, we're a very small piece of this pie. This piece is made up of hair, wardrobe, make-up, production design, camera, all that," said Hale. "It was so fun to see everybody come alive and help create Benedict's look. The awesome hair, I mean, I've never had that much hair in my life. And it was just like, 'Whew!"

The character has narcolepsy. He also has wit and wonder in an eccentric Willy Wonka kind of way. There is trouble in the world, something called "the emergency," and Benedict recruits a special group of gifted orphans for a mission he believes only they can accomplish using their super powers.

"It's their intellect, their creativity and their empathy -- and their uniqueness. And, it's like, I love that! I love that because every kid has that," said Hale.

Hale says the series celebrates the uniqueness of each of the young characters who make up his team. Together, they may save the day.

"What he always says is what you each have is empathy. You see others. You hear others. And, man, after this year, I feel like we need a lot more that, honestly," said Hale.

"The Mysterious Benedict Society" begins streaming on Disney+ on Friday.