Ashley Sessa plays on one of the most elite club teams in the nation: the WC Eagles.
WPVI
By Jamie Apody and Mark Meany 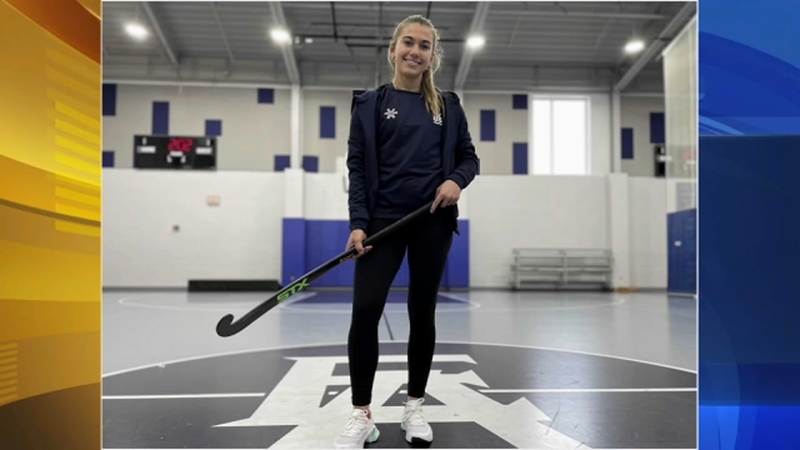 NEWTOWN SQUARE, Pennsylvania (WPVI) -- Ashley Sessa has been playing field hockey since the age of four.

The Episcopal Academy senior just wrapped up her final high school season in Newtown Square, Delaware County, scoring 34 goals and leading her team to a 20-1 record.

Sessa also plays on one of the most elite club teams in the nation: the WC Eagles.

"At first, it was (just) fun because you're a kid and you don't want to ruin the sport when you're young, so it was fun. Then I joined my club now, WC Eagles, and they've helped me so much," Sessa said.

Now, her hard work and dedication have landed her the biggest honor yet: being named to the U.S. Women's National Team.

At age 17, she's the youngest player on Team USA.

"Honestly, I don't feel that young when I'm with them because they treat me like an adult and they treat me as if I'm their age," Sessa said.

"I'm so honored to be on the team," Sessa said. "It's always been a dream of mine to be on the National Team, and now that I got there, I won't step back anymore because I have to keep pushing. The girls on there are so great and they are amazing players; I always look up to them."

Well, Sessa now has some young athletes looking up to her at Episcopal Academy. She already is embracing the new role of role model.

"Oh, I love it, because field hockey isn't as big as other sports are in the US, so I want to make it a point that everyone can play - boys can too," Sessa said. "It's not a scary sport. It's really fun. And having the younger generation getting into it and starting to play at such a young age is amazing."

Speaking of amazing, Sessa will take her talents to the University of North Carolina in the fall to continue her academic and athletic career.

And by being a member of Team USA, she is setting her sights on her ultimate goal.

"Definitely winning a medal at the Olympics," Sessa said.