Philadelphia religious leaders come together to stand against hate 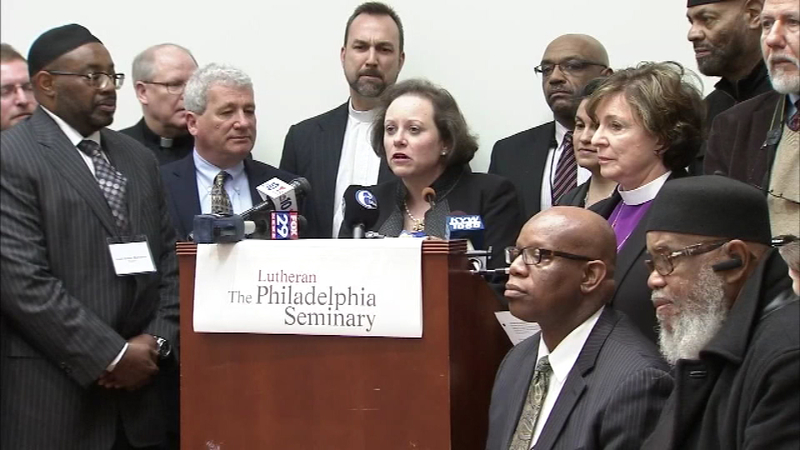 Show of solidarity in Philadelphia

They stood together on the same stage Monday afternoon at the Lutheran Theological Seminary of Philadelphia. They vowed to unite to fight acts of hatred like the desecration of the Jewish cemetery in Wissinoming.

"Every time we are attacked by hate in a cemetery or beyond we come together in solidarity," Rabbi Jill Maderer of Rodeph Shalom said.

Each religious leader condemned the recent rise in anti-Semitic activity and a climate of hate.

Monsignor Daniel Kutys of the Archdiocese of Philadelphia read a letter sent from Archbishop Chaput said.

"Violence and hate against anyone simply because of who they are is inexcusable," the letter stated.

Jewish leaders said there is fear. On the same day, threatening calls came into Jewish community centers and day schools in the Philadelphia area and around the country.

"Of course this is threatening and disrupting and our children are feeling scared. And we want it to stop now," Naomi Adler of the Jewish Federation of Greater Philadelphia said.

This interfaith group promised to do all they can to make that happen.

"I wanted to stand today and add my voice of support and stand against the bigotry and intolerance, anti-Semitism and Islamophobia. We are all in this together," Imam Anwar Muhaimin of Masjid Quba said.

At the conclusion of Monday's gathering, organizers announced they will be holding an event on Independence Mall on Thursday at noon. They are calling it "Stand Against Hate".

People of all denominations - or none at all - are welcome to attend.