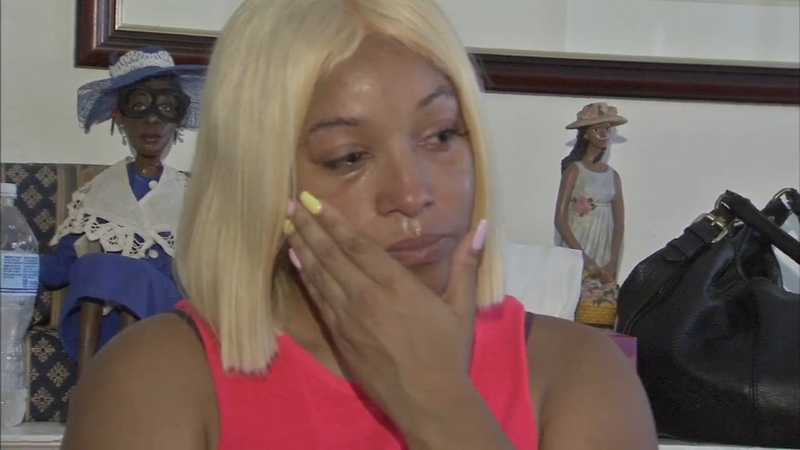 HUNTING PARK (WPVI) -- Grieving family members gathered to mourn the man who was shot and killed outside a SEPTA bus early Tuesday morning in the Hunting Park section of Philadelphia.

"Whoever this guy was, he didn't have to kill him," said sister Aldo Parks-Boyer. "It don't make sense."

Parks was about to take a bus to go to his job at a recycling facility. As the bus approached, an armed man tried to rob Parks of his backpack.

There was a struggle, and Parks was shot in the head.

Another sister says his backpack usually just contained his lunch and ID.

"You robbed him for lunch? The most in his bag was 20 to 40 dollars, and he lost his life for nothing because they didn't even take it. He got three daughters and grandkids, a mother, sister, and brothers," said his sister, Sojourner Parks.

His family says Parks was a hard worker, getting his first job at a paint store before he graduated high school. He later worked at the Navy Yard and a warehouse.

Man fatally shot while waiting for bus in Hunting Park. Matt O'Donnell reports during Action News at 4:30 a.m. on August 28, 2018.

His mother, Nettie Parks, reacted to what seems like non-stop street violence.

Nettie Parks said her son had recently accepted Christ in his life, which pleased her.

As for her son's killer? She says he will have to live with what he has done.

"I am not going to say give yourself up. That's impossible because you are not," she said. "But I feel sorry for you. You are going to have to sleep now."

The SEPTA bus had multiple surveillance cameras and police are now using it as part of the investigation.