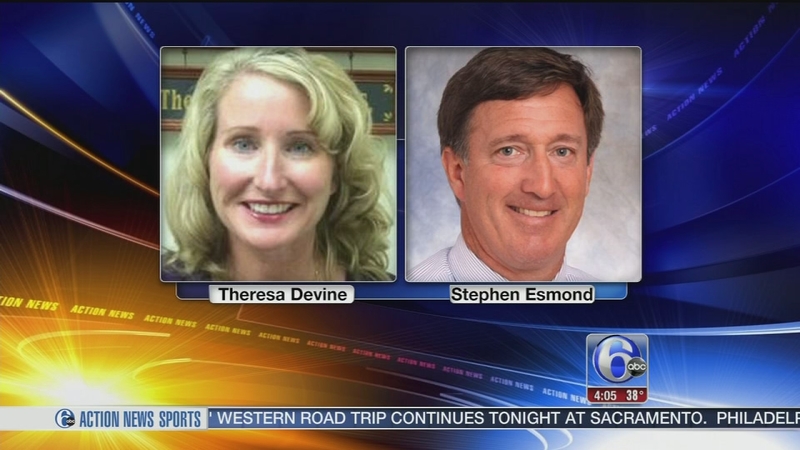 VIDEO: Family sickened by chemicals while on vacation

PHILADELPHIA (WPVI) -- A Delaware family is back home and in the hospital after getting sick while on vacation, and they're blaming a chemical used in their hotel room in the U.S. Virgin Islands.

The two boys, Sean and Ryan, are currently in critical condition at Children's Hospital of Philadelphia. Their parents are at another hospital in stable condition.

Methyl bromide is a fumigant used to treat for mold, insects and rodents. It's believed a room at the Sirenusa Resort where the family was staying in the US Virgin Islands was treated with it.

The pesticide is restricted in the United States.

Dr. Reynold Panettieri is the Director of Airways Biology Initiative at the University of Pennsylvania. He explains, "The toxicity that you see is inhaled toxicity and neurologic toxicity - both acute and chronic. Acute shortness of breath... the lining in your lungs actually leak."

Esmond is the head of Tatnall Middle School, a prestigious private school in Greenville, Delaware. Ryan and Sean attend the high school there.

The family is well liked and well connected in Delaware.

Oliver Campbell plays football with one of the boys, and tells us, "We're on the football team together. And it couldn't have happened to a better family and better people. They're just one of those families that everyone loves to be around. It's just horrible."

Another schoolmate, Carl Marvin, says, "It's terrifying. I mean, he's been one of my best friends and it's really scary to think that this could happen to somebody that you know."

Sirenusa Resort is run by the Sea Glass Vacations. The EPA is investigating and released a statement that reads part:

"The EPA is actively working to determine how this happened and will make sure steps are taken to prevent this from happening to others at these vacation apartments."

Action News reached out to Sea Glass Vacations, and they sent us the following statement:

"First and foremost, our thoughts and prayers are with the family. Sea Glass Vacations, LLC acts as a rental agent for several rental units at Sirenusa and elsewhere on St. John, including Villa Capri. Sea Glass is aware that the family that rented Villa Capri from 3/14/15 to 3/22/15 all became seriously ill and were transported to the hospital for treatment. We are also aware that authorities are actively investigating the possibility that the illnesses were due to chemicals used for pest control. The unit immediately below Villa Capri was recently treated for pests by Terminix, however, Villa Capri itself had not been so treated. With respect to questions you may have regarding the application of chemicals, we direct you to Terminix. Sea Glass Vacations does not treat the units it manages for pests but instead relies on licensed professionals for pest control services. We are committed to full cooperation with all the authorities currently investigating this matter. However, as a rental management company, we generally do not share information about the affairs of our clients and customers with the media, and therefore will not comment further at this time."

Dr. Panettieri says the amount of exposure will determine any long term effects.