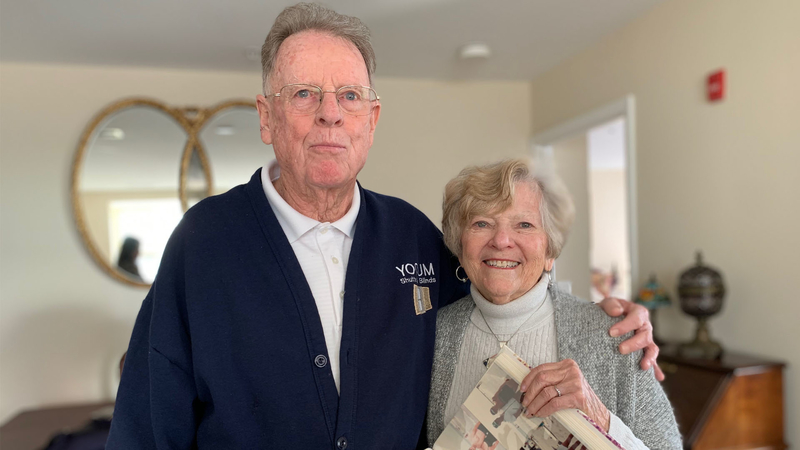 GLEN MILLS, Pennsylvania (WPVI) -- After it accidentally ended up in a donation box, a photo album found at the Goodwill in Chadds Ford is back in possession of its rightful owners, Frank and Nancy Yocum.

The Yocums just moved to Maris Grove, a retirement community in Glen Mills, last week. They say the album ended up in the wrong box.

"Everything was getting mixed up because we had so many boxes," explained Nancy Yocum.

Wendi Shaw was shopping at Goodwill when she came across the album and spent $3 to buy it. With the help of Facebook, Action News helped reunite the album with the Yocums.

Once a friend on Facebook recognized the Yocums, she told us their granddaughter actually works on the Action News Digital Team! In fact, Justine Palis was the one who posted the story to Facebook for us! She said she only saw pictures of her grandparent's friends and didn't recognize them from over 20 years ago.

As a thank you to Shaw for returning the album, Frank Yocum tried to repay her the $3. She laughed and declined.